Getting fat on big-ass kebabs

Most of the Turkish restaurants on north London’s Green Lanes have been around for years, so the arrival of an apparent newcomer such as Devran is an unusual occurrence. Its decor fits the Green Lanes template though – murals depicting the Haiga Sophia and other typically Turkish vistas adorn the walls. There are plenty of covers which turn over quickly, so the Euro Hedgie and I had no trouble snagging a table when we discovered that my usual favourite, Yayla, is currently closed undergoing refurbishment.

News that Alan Yau plans to open a Turkish restaurant on Shaftesbury Avenue with a focus on lamachun will doubtless bring this Turkish pizza-esque dish to a wider audience and this can only be a good thing. Devran’s version is pretty good – thin, lightly crisp flatbread topped with a scattering of moreish tomato and minced lamb as well as a lot of parsley.

Wait, an entire restaurant based around this? Hmmmm.

Imam bayildi is listed on the menu twice, under ‘cold’ starters and under vegetarian dishes, as it’s effectively available in two ‘sizes’ – a half or full aubergine. Served lukewarm, the stringy eggplant flesh was topped with layers of chickpeas and tomato sauce. It wasn’t bad, but the rather limp aubergine and tomato sauce made me lukewarm on this lukewarm starter. 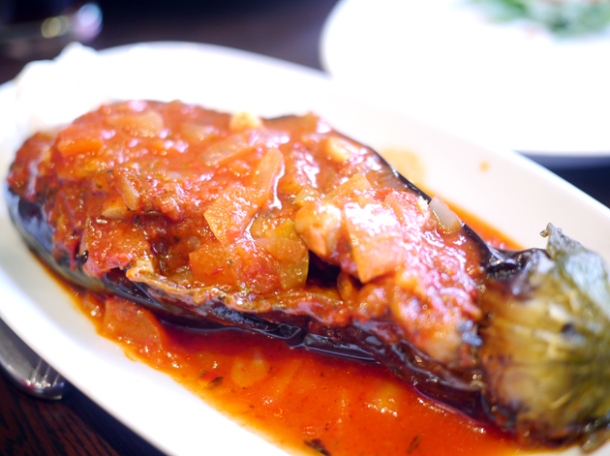 The Hedgie and I shared the Devran Special, a huge platter groaning under the weight of several meats, allowing us to sample a broad swathe of the menu. The fatty shreds of lamb and chicken doner were too salty, while the lamb koftes were too dry and needed a little more fat for both moistness and flavour. A similar dryness afflicted the lamb shish, but these chunks were at least firm and slightly offally.  Both the chicken shish and the chicken wings had a pleasing, addictive smokiness to them, especially in the case of the wings. The lamb ribs and chops were almost interchangeable – small, very bony, offally and a little too chewy for my liking. The entire thing was served on strips of Turkish bread and salad, as if the basket of bread and salad plate for the table wasn’t enough already. 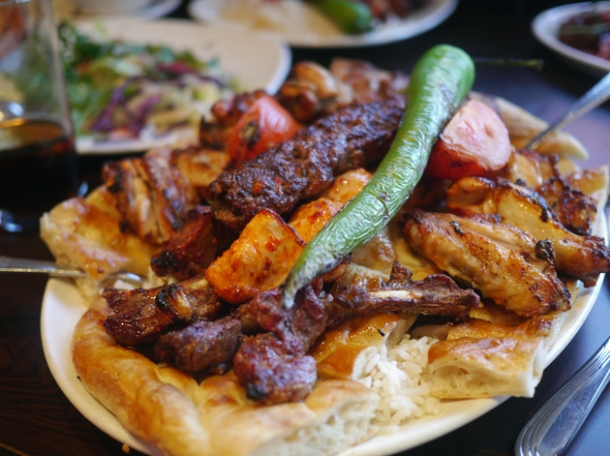 A mixed grill by any other name…

Salt of the earth. 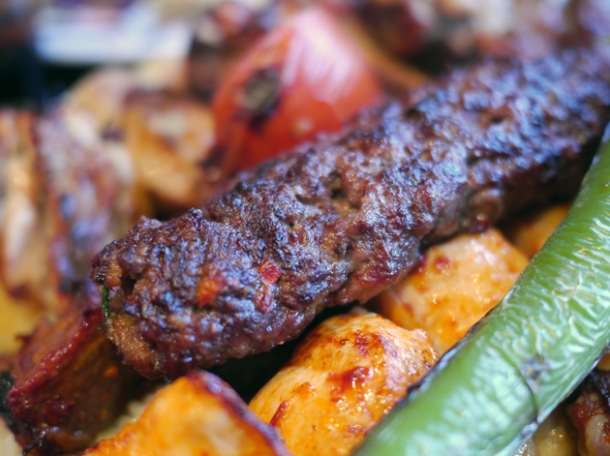 We meat at last. 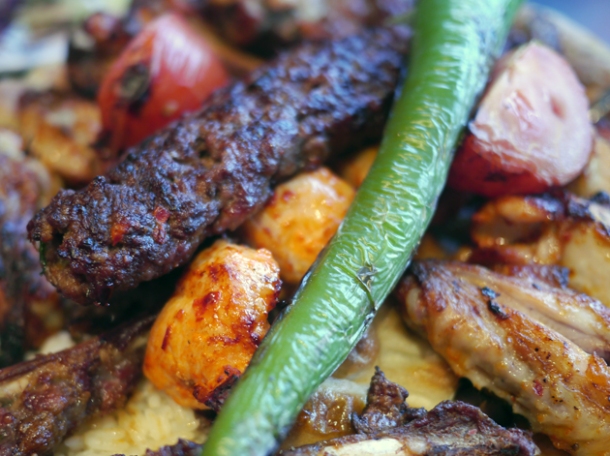 More carbs than you can shake a carton of ayran at.

The Hedgie could barely move, never mind eat dessert, but I found just enough room to squeeze in some baklava. I wish I hadn’t though – the hollow tubes of pastry were too chewy and stodgy and served with an oddly tangy pistachio ice cream dusted with crushed pistachio. Given the far better baklava available elsewhere on Green Lanes, this was all especially disappointing. 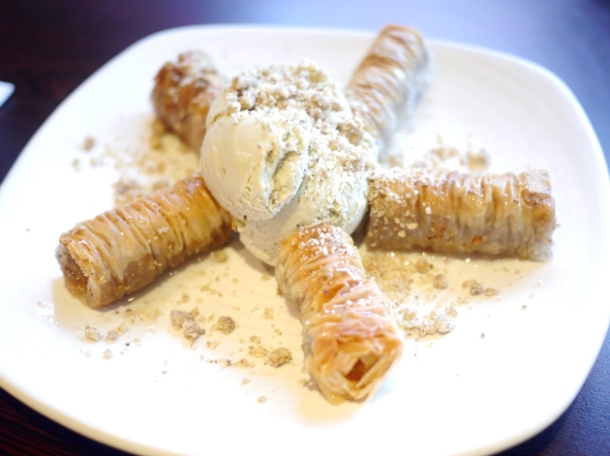 Devran isn’t bad, but the so-so quality of its grilled meat dishes makes this a rather average, second rate Green Lanes restaurant that’s only worth going to in the unlikely event you can’t get in anywhere else. Let’s hope Yayla reopens soon and hasn’t lost any more of its touch.

Total cost for one person including drinks and service when shared between two: £19 approx.