London’s restaurant scene is very crowded to say the least, so newcomers often need a gimmick just to get noticed. Inamo’s trick is that instead of ordering via a human waiter, you order using a computer with the screen beamed onto your table from a projector sitting above each table. I was broadly unimpressed with the original Soho restaurant, but I had to see if anything had changed with the second branch near Piccadilly Circus.

Inamo St James is a lot bigger than its forebear with bamboo partitions dividing up the space into cozier blocks that also feel a little more private. The bamboo feels a little cliched for a Japanese/Pan-Asian restaurant, but it serves its purpose. 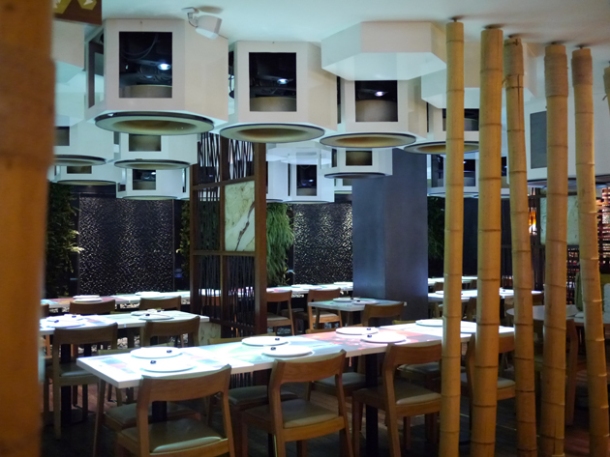 How do you keep away all the pandas? Wait, what do you mean it’s not real bamboo?!

The computerised ordering system from the original Inamo has remained virtually unchanged. Simply move the onscreen cursor using the touchpad built into the corner of your table to navigate the menu. Point and click to order food, drinks, request the bill, play a few simple games while you wait and even keep an eye on the kitchen using the fuzzy, low-quality webcam.

Although the system works well enough and was very stable with no crashing or blue screens of death in sight, the washed out colours and low brightness of the ageing projectors won’t suit those of us with faltering eyesight. The games and other extras feel unnecessary in an age where seemingly everyone has a smartphone. The biggest disappointment is the lack of any real information about the food itself, such as the cuts of meat used or the types and sustainability of the fish used in the sushi and sashimi. Even a basic glossary of Japanese food terms for those unfamiliar with Japanese cuisine would’ve been useful given the inability of the mute automatons posing as waiting staff to answer even the most basic questions.

I dined at Inamo St James on a weekday lunchtime with the help of The Youngling. He started off with the squid and spring onion Dim Sum, although the thin and supple scrimped skins bore of a resemblance to typical Japanese gyoza. The smooth, overly-processed paste-like filling only tasted vaguely of squid though and this weak flavour was easily drowned out by the overly sweet mango and chilli dipping sauce. 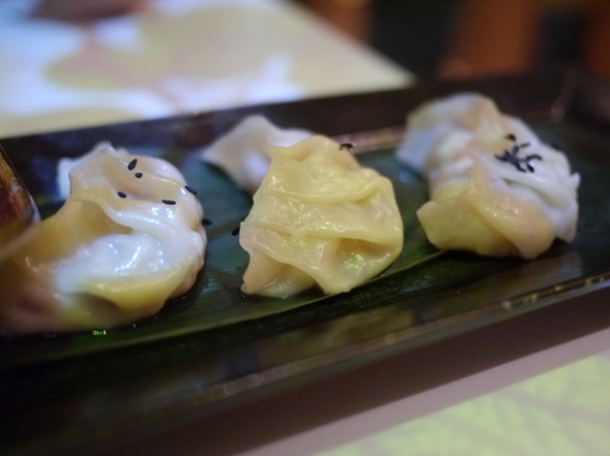 The battered baby prawns were better. The small balls of fresh prawn meat were covered in a light, crisp batter that was free of excess oil although the light dusting of chilli powder was so light that it might as well not have been there.

I started off with the eight-piece set of nigiri sushi. The rice rolls tended to fall apart very easily and the selection of fish was unremarkable. The salmon, tuna and sea bass were rather limp. The only exception was the last delicately meaty, fatty roll of fish that I couldn’t quite identify.

Were they out of good tuna at Billingsgate today? 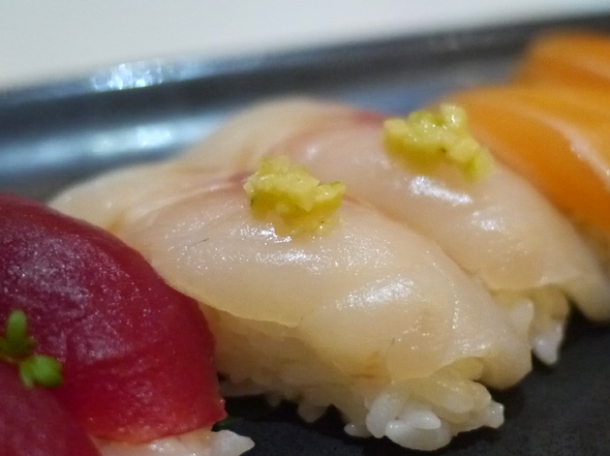 I’m pretty sure this was sea bass, but it was hard to tell given how limp and bland it was. 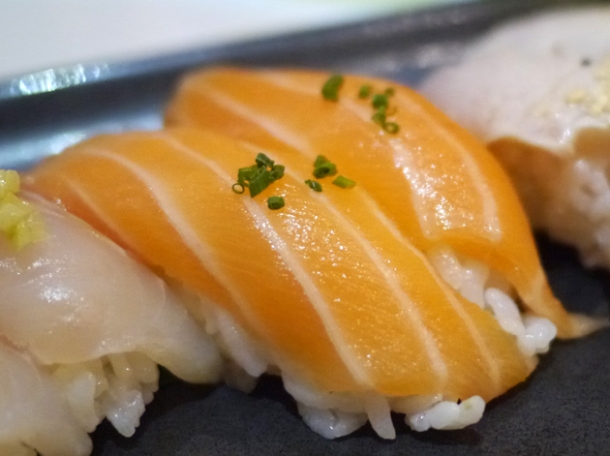 What is this? Answers on the back of a postcard.

For his main course, Youngling opted for an assortment of vegetable tempura. The sweet potato stood out the most, but Youngling found some of the batter to be doughy and a little undercooked in places. I found the batter to be lacking in character, but at least it wasn’t excessively oily and was reasonably crisp.

I enjoyed the firm, meaty and smooth texture of the satisfying but light black cod, although the marinade was a little too sweet for my liking. 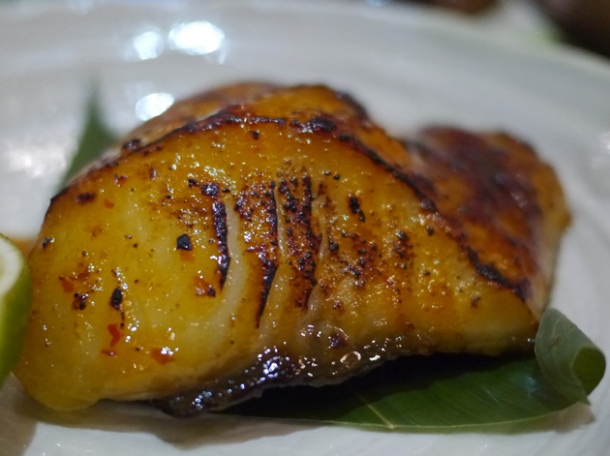 The black cod of the family.

I paired the black cod with a side dish of spicy aubergine. There wasn’t any heat at all though and the individual squishy soft slivers of egg plant were far too oily.

I wasn’t expecting much from the vanilla crème brûlée, but I was pleasantly surprised. Although the caramelised crust was only moderately crisp and the alleged flavours of lemongrass and strawberry were mild at best, the creaminess and the smooth, soft, almost wispy texture of the custard base was pleasing. 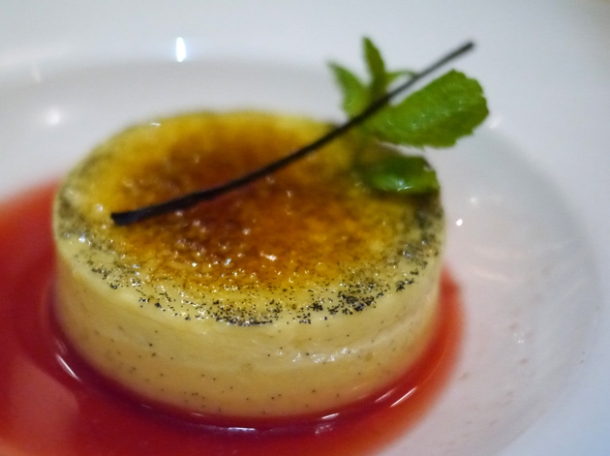 I remember the half-arsed Modern European restaurant that used to be on this site. Now it’s a half-baked Pan-Asian restaurant.

The selection of ice creams apparently changes on a daily basis. I couldn’t quite place the three flavours used here which may have included nutty black sesame and a fruit-based one such as yuzu or lychee, but none of them were too heavy or excessively sweet and had clean aftertastes.

Despite the roomier Piccadilly location, at its core the St James branch of Inamo isn’t that different from the Soho original – so much so that it’s clearly an attempt at forging a chain. Once you get past the thin gimmick of the computer ordering system, the food is hit and miss with some good dishes mixed in with some very mediocre ones. Well-heeled families with kids and easily impressed WAGs and tourists may enjoy Inamo St James, but everyone else should eat elsewhere. There’s no shortage of Japanese restaurants in London that are consistently good from the budget to the more expensive.

Average cost for one person including soft drinks: £30-55 approx.