Easily mistaken for a pub, but only if you’re an idiot

Some restaurants open with a blaze of publicity and hype, while others open quietly and slowly but surely build up a sterling reputation through word of mouth. Newman Street Tavern is one of the latter, but it’s hard to understand why this gem of a restaurant hasn’t been showered with plaudits from the outset. The service is friendly and efficient, the wood-panelled dining room with its eye-catching staircase is handsome and, most importantly of all, the seasonal menu is top notch.

Trout is often seen as a second-rate substitute for salmon which is not entirely undeserved, but the cured trout here is a fine alternative to smoked salmon which is becoming an increasingly cliched ingredient and dish. The thin slices of lean trout had a tart, fruity, slightly herby taste to them that’s refreshingly different from smoked salmon. 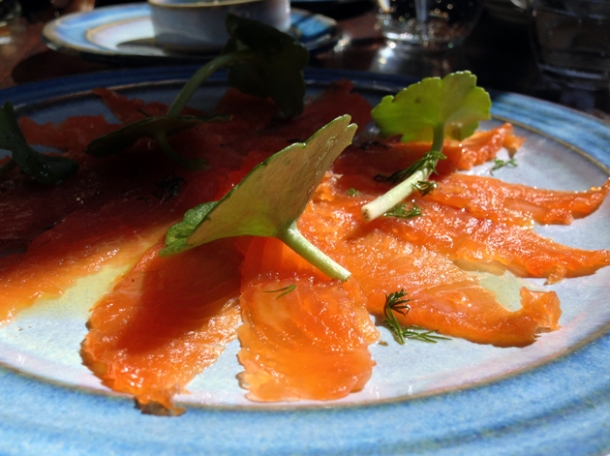 Don’t turn up your snout at trout.

Even better was the grey mullet in a garlic broth. The thick, meaty chunks of fish had a surprising lightness to it which was complimented very nicely by the broth. Despite its pronounced garlickiness, the broth didn’t overwhelm the fish but instead enhanced its meaty morishness. 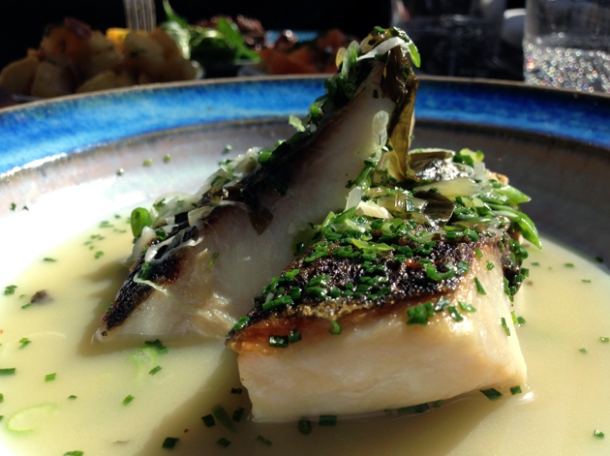 Mullet – one of the least sexiest words in the English language

A side dish of light and tender carrot pieces flavoured with fennel went down nicely, as did potatoes fried with garlic and parsley. The crisp and buttery little chunks were almost like hash browns and I love hash browns (sorry folks, no photos of either of these side dishes).

A slice of almond tart served with almond ice cream sounds rather monotonous and dull, but that was far from the case. The crumbly, nutty tart had a warm bottom layer of oozing almond paste that wasn’t excessively sweet. The moderately large ice crystals in the distinctively flavoured ice cream added a refreshing jolt that neatly balanced out the warm, relatively heavy tart. 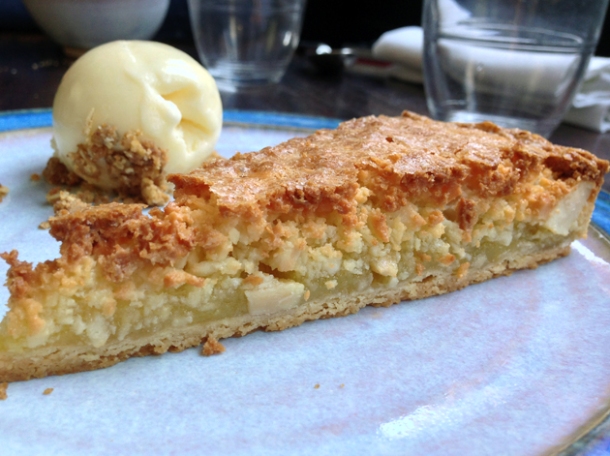 I’m a tart for tarts.

I wasn’t expecting much from the onion tart starter on my second visit, but I was pleasantly surprised by the sweet custard-like flavour of the fluffy filling. The pastry was just right too – neither too hard and crunchy nor too soft and crumbly. 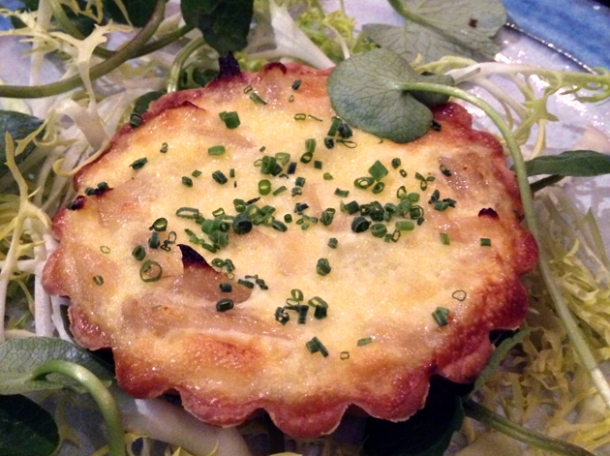 That was a somewhat tortured metaphor, but this little piggy really did hit the spot.

The spiced cauliflower was a good match for the delicious pork chop. The firm vegetables were lightly dusted with a masala-like mixture of spices that tickled the palate rather than overwhelming it. 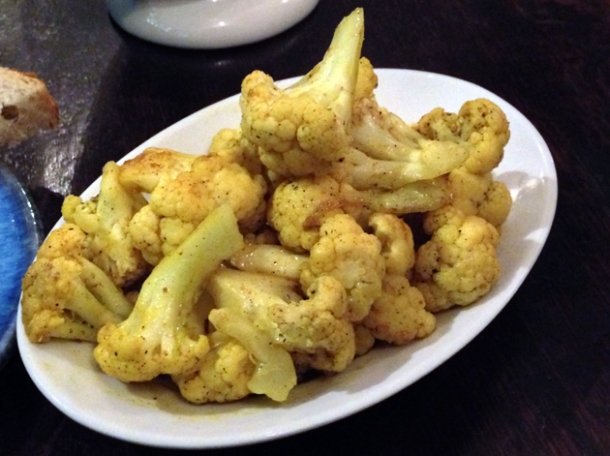 May a thousand cauliflowers bloom.

Cranachan is apparently a traditional Scottish dessert and this was my first time at trying it. The surprisingly thick and heavy set yoghurt was almost like cottage cheese. It was dotted with hearty oats and topped with a slice of tart rhubarb, but there wasn’t quite enough of either so the heavy and monotonous creaminess of the yoghurt would’ve dominated this dessert if it wasn’t for the gentle smokiness of the whiskey. A potentially good dessert that needs a little rebalancing to make it truly great. 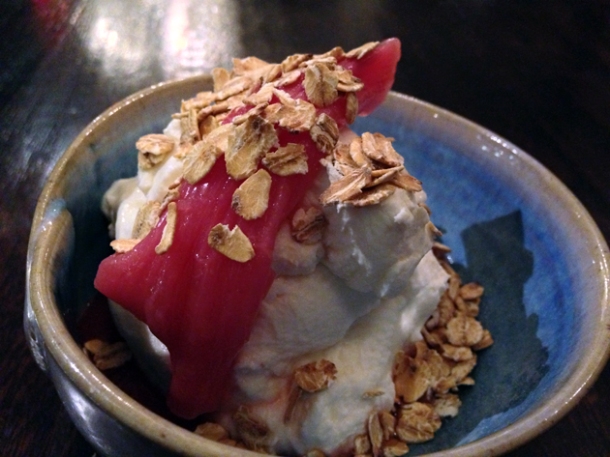 I’m a big fan of the Newman Street Tavern and there’s no reason why you shouldn’t be either. The handsome decor, friendly service and elegantly understated yet accomplished cooking put many competing restaurants to shame.

Total cost for one person including soft drinks: £35-50 approx.