Tacos with views over London, but it’s barely a feast for the eyes

Many major cities across the world have restaurants perched on top of tall buildings – quite often rotating ones. Berlin has the TV Tower, while Munich is graced with Olympia Tower and the CN Tower looms over Toronto. However, the rule of thumb with these skyscraper eateries is that they’re charging sky high prices for gutter trash food or – at best – middle of the road fare. You’re paying less for the food and more for the privilege of eating it with a commanding view of whichever metropolis you happen to be in.

London has been bereft of such a phallic fallacy since the BT Tower closed its catered rotating panorama to all but corporate functions back in 1980. That’s changed somewhat in recent years, with restaurants dotting the upper floors of the Shard where the only rotating views are your eyes swivelling in your head when you realise you’ve paid a pretty penny for not much in return.

The Treehouse Hotel is a hop and a skip away from BBC Broadcasting House right in the heart of W1. Formerly the rather worn and shabby St Georges Hotel, it isn’t anywhere as tall as the Shard or even the nearby Centre Point. And Madera, located on the top floor, certainly doesn’t rotate.

Madera does have views of Centre Point, BT Tower and Broadcasting House though as well as a Mexican menu which remains unusual for a London hotel.

Instagram posts have gushed over Madera’s admittedly stylish, plant-filled decor. But all that greenery can’t disguise this multi-storey failure.

Not many Mexican restaurants in London service pozole, a sort of maize hominy soup. Madera’s version was zesty, bittersweet and lightly umami. A slight nuttiness was imparted by the big, springy kernels of corn, but it was a transient thing not helped by a superflous helping of dull chicken. It wasn’t a bad pozole, but it’s not the best introduction to this dish if you’ve never had it before.

It’s as if they added all that stuff in the middle to give Instagrammers’ smartphones something to focus on.

The ceviche was similarly satisfactory, but hardly remarkable. Halibut was meaty, but salmon and tuna were overly dependent on their garnishes, from sprightly and zesty tomato-based melanges to the fruity sweetness of mango.

As if the ice is in anyway necessary.

Sorry folks, I forgot to take a photo of the tuna ceviche. You’re not missing much.

Madera’s empanadas looked like curled, deep-fried tortillas, but that didn’t count against them. The crunchy, nutty yet light and airy shells were apt conveyors for the tartness of the pickled veg and creamy milkiness of the cheese. It’s a shame the needless and lifeless chicken made a repeat appearance, but it didn’t detract too much from the empanadas’ charms.

The melted cheese used in the queso fundido was generically creamy, but was inoffensive enough and had a reasonable level of elasticity too. That was welcome, given that this starter turned out to be all about the gooey mouthfeel and not the taste of the timid sliced peppers and the (admittedly taut) mushrooms dotting the shallow yellow expanse.

Tacos are unforgiving little blighters, as their deceptive simplicity and small size make any flaws immediately apparent. The problem with Madera’s tacos wasn’t their tortillas, which were sturdy, thick and fluffy with a reasonable level of nuttiness. It was the fillings which see-sawed from surprisingly pleasing to embarrassingly flaccid.

Meaty milky pieces of halibut came in a thin, light yet neatly crisped batter. Relatively sharp and tangy garnishes offset the battered fish neatly. Although the poultry in the chicken mixiote tacos bore little resemblance to anything I’ve had from Mexico’s barbecue tradition, the chicken was enjoyable enough on its own terms. The juicy and modestly moreish shreds came topped with tart pickled onions. 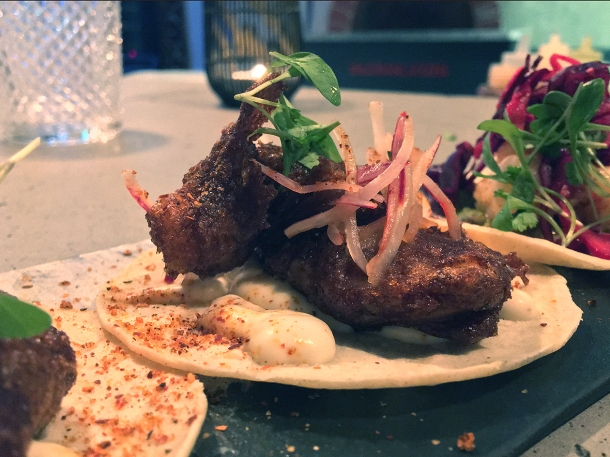 The music here just about stays on the right side of obnoxiously loud.

Reasonably tender, slightly chewy and duller than a conversation with a himbo gigolo, the strips of beef in the steak tacos were barely worth having. Prawn tacos were afflicted by oddly malformed crustacean meat. The heavily minced chunks were unexpectedly more like dumpling filling, but with none of the moreishness. 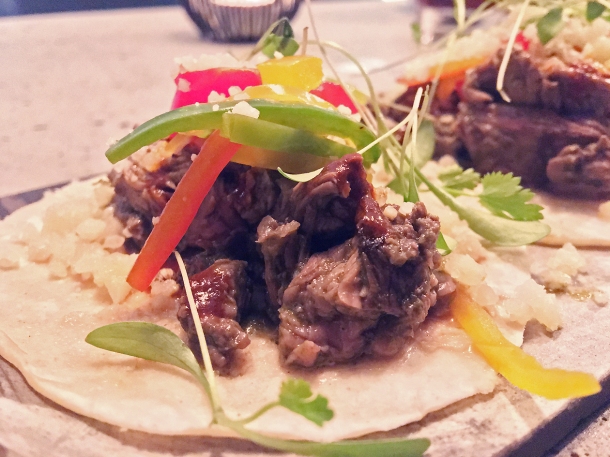 Steak through my heart.

I’m still in two minds as to whether the pre-Hispanic cooking technique of using blazing hot stones (either by placing the food on the stones or the stones into the food) really makes any difference after having tried it at Casa Oaxaca in Oaxaca City a few years back. I’m certainly not convinced by Madera’s attempt at replicating it, aided by a sizzling hot plate which may as well have been upcycled from a high street Tex-Mex restaurant. The same relatively tender, but ultimately charmless beef from the steak tacos was all sizzling dazzle and no substance. It did at least have the decency to come with fluffy, large grained rice, a heap of respectably good quality tortillas and moreish, neatly tenderised black beans. The beans, rice and tortillas – core Mexican staples by no small coincidence – were the most delectable parts of this main.

What a lava palaver.

Madera doesn’t attempt to serve up Oaxacan-style tlayudas, a Mexican pizza analogue which sees planet-sized tortillas heaving under the weight of hearty toppings. Instead, you have to be content with cafeteria-standard pizza bases which were modestly crisp, airy and roughly shaped into a rectangle. Although cooked in a gas-fired oven at 300 degrees celsius, the merely satisfactory results wouldn’t be out of place in a humdrum high street pizza parlour. Inoffensive cheese was joined by slices of ‘wagyu’ sausage which, aside from their narrow diameter, were dead ringers for a Matessons smoked sausage ring. Even by the standards of most so-called ‘wagyu’ dishes, which are often contemptible charlatanism cheating carnivores out of coin, this was drearily cynical bullshit.

Yes, a cheap ‘wagyu’ dish is one of the oldest tricks in the book for getting the gullible to cough up money. But I had to try at least one ‘pizza’ out of curiosity.

At least that wagyu pizza was enjoyable enough as long as you didn’t expect it to taste much like actual wagyu or anything like a Neapolitan pizza. That was a harder feat to ask of the chicken mole. The slices of chicken breast would’ve been bone dry, but for the mole sauce. The latter was a recognisable approximation of an Oaxcan-style mole, but still an approximation nonetheless. Its unbalanced pairing of sweetness and tartness, followed by a mild spicy heat, was a rough and ready recreation of the nuanced complexity of the very best moles. At least there were supple, bitter greens and plenty of tortillas to mask its deficiencies. 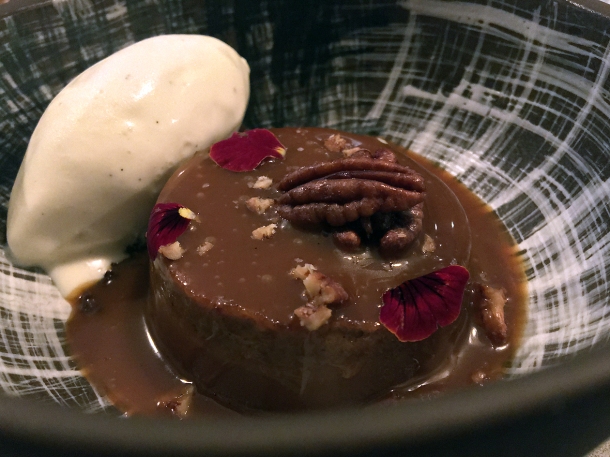 Flash in the flan.

Although the churros were initially crisp, they quickly disappointed with hollow interiors and a wan, timid dulche de leche. At least the ice cream was smooth and milkily refreshing, but that hardly made up for the incomplete mouthfeel of the churros. 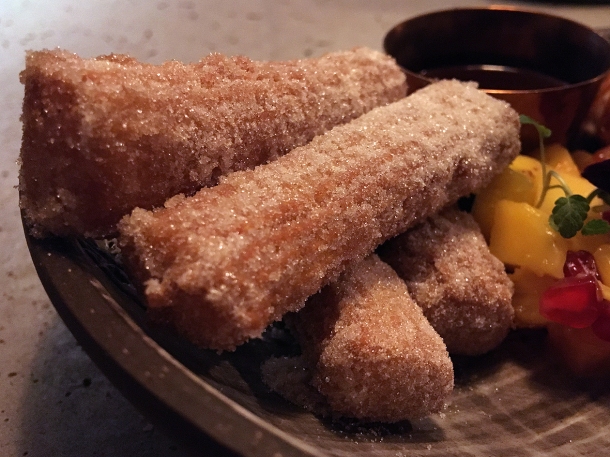 Although undeniably pretty as long as you have the aesthetic sensibilities of a crayon-inhaling infant, the strawberry tre leches was shallower than a drained paddling pool. The damp, faded sponge bore little resemblance to the forcefully rich tre leche I was expecting. The uncanny valley strawberry flavour, which is only ever found in yoghurts and sweets rather the fruit itself, graced both the tre leche itself and the admittedly smooth and light ice cream to the side. Thanks, but no thanks.

This review’s procrastination was brought to you, in part, by The Beatles.

There is some joy to be had at Madera, but ultimately you’re paying fine-dining prices for Wahaca-level food. That would be tenuous value, at best, even if the top floor of the Treehouse Hotel had enviable panoramic views that altered your brain chemistry with their sheer beauty. But, at night anyway, you have to be seated very precisely at a handful of tables to get a glimpse of anything much at all other than distant glimmers of what may as well be out-of-focus fairy lights. Centre Point looks surprisingly distant given how close it really is, while the neck-craning view of the BT Tower can be spoilt by reflections from Madera’s haphazardly placed lighting. Both look somewhat better from the toilet windows. New Broadcasting House looks splendid, but – spoilers – you can get an even better view of it for free from the fire escape. And arguably at street level. 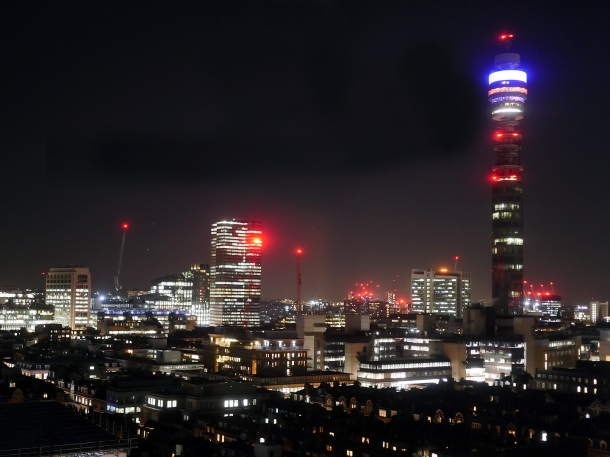 Hey, I can see my house from here. 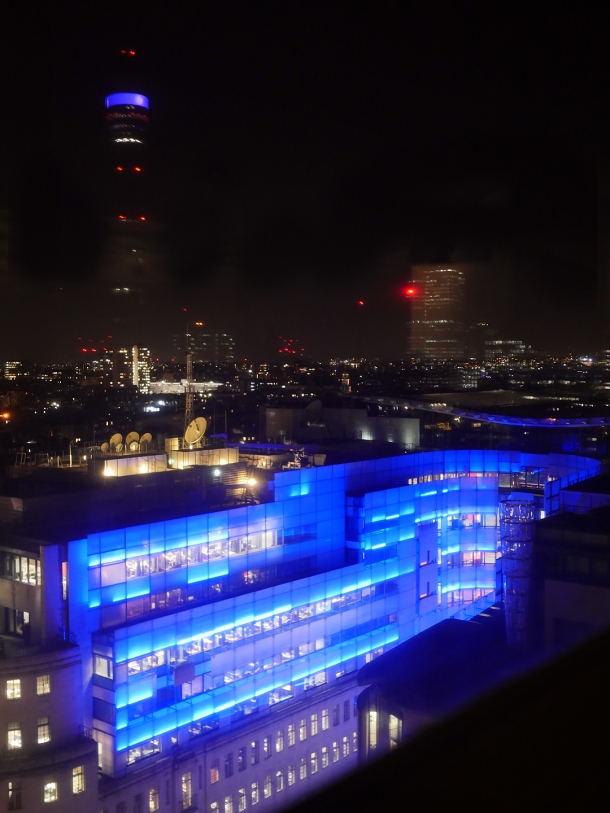 No, the BT Tower hasn’t suddenly moved to the north west of New Broadcasting House. That’s just a reflective trick on the eyes.

It’s always interesting to see what London’s less able restaurateurs think they can get away with. In this case, Madera should leave Mexican food to restaurants that actually know what they’re doing. With Madera at the Treehouse, you should just move along. There’s nothing to see.

What to order: Empanadas

What to skip: Chicken mole, ‘wagyu pizza’, the desserts

Reservations: probably a good idea; essential for a table with a view worth seeing

Average cost for one person including soft drinks: £60-70 approx.