If you’re looking for a bog-standard restaurant review, then this isn’t it

I’ve always tried to keep this site focussed on giving practical restaurant advice – where to eat and what to order, served with what I hope is a dash of wit and wry commentary. It’s what I’ve always wanted to read and hopefully what you want to read too. Although I have occasionally digressed onto other topics, I’ve nonetheless tried to avoid the navel-gazing industry chatter you’ll find on other restaurant websites, unless it links directly to practical advice that you can use when choosing where and what to eat.

This review quite self-consciously departs from that. On this occasion, I’ll be wading into more restaurant industry and restaurant reviewing backtalk then you can shake a poppadom at. Central to all this is an incident of bigotry that many would rather forget, overlook or excuse. Which is exactly why it should be talked about.

In a better world Kanishka would be known purely as a restaurant serving dishes based on the cuisines of India’s northeast, a region somewhat underrepresented in London’s burgeoning market for Indian restaurants. But Kanishka is also the latest restaurant from Atul Kochhar, a feted chef who was fired from his last job for an Islamophobic tweet. In a fit of adolescent pique worthy of a bottom-feeding 4Chan dweller, this bigotry wasn’t just your garden-variety Islamophobia, but directed at an actress who dared to star in a TV show with a plot that he didn’t like.

Kochhar’s outburst would be almost pitiable if it didn’t fit within broader patterns of sectarian nationalist online abuse driven by devious ethnoreligious political populism (of which so many countries and societies are currently susceptible to). It would almost be pitiable if Kochhar wasn’t living and working in a Britain that not only seems incapable of acknowledging its own culpability for past sectarian violence – both close to home and further away – but where many seem intent on spreading new strains of bigotry.

Kochhar’s casual display of prejudiced entitlement isn’t the worst act to be committed by a chef or restauranteur on this side of the Atlantic or the other. Even if that relativity somehow excused, justified or exonerated Kochhar’s hatred – which it obviously doesn’t – it’d be far easier to accept Kochhar’s public displays of contrition if it were clear what he was apologising for and to whom.

All of which brings us back to Kanishka. It is not at all obvious how one reviews a restaurant where a figure so central to its operation – and heavily marketed as such – has so clearly crossed the boundaries of acceptable, civilised behaviour. Bigger and better names in the world of restaurant reviewing have grappled with this topic, but to unsatisfying effect.

The best approach that I can think of is a minimalist one devoid of all my usual dish-level detail and writerly flourishes. I had the tasting menu at Kanishka. Some of it was good; some of it was unremarkable. As a representative of the kitchen’s approach, vision and oeuvre – as tasting menus are supposed to be – it gave a somewhat uneven and timidly unambitious impression. The quality of the service was highly dependant on who was serving you.

This approach is imperfect. The rest of Kanishka’s staff – who presumably aren’t bigots – don’t deserve the same condemnation as their boss, so I could go into more detail about the food. But this would diminish the impact of all the words above. I could totally omit any mention of the food, and this series of plainly-labelled photos, in an attempt to deepen the impact of the other words on this page. But then this really wouldn’t be a review and fewer people would read it. 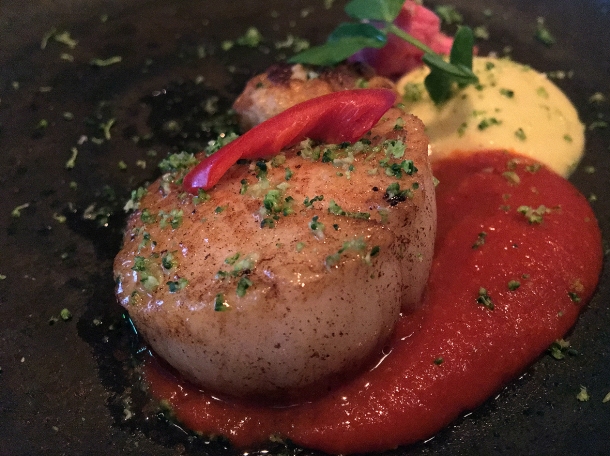 If Kanishka had been another identikit, spendy Mayfair restaurant of little consequence, then I could simply ignore it. So many other restaurant magazines and websites have uncritically showered Kanishka with praise or run hagiographies of Kochhar’s career, while ignoring his bigotry or hiding it with euphemisms and obfuscation. If a more honest and complete appraisal had already been done, it would have saved me the trouble of these words. 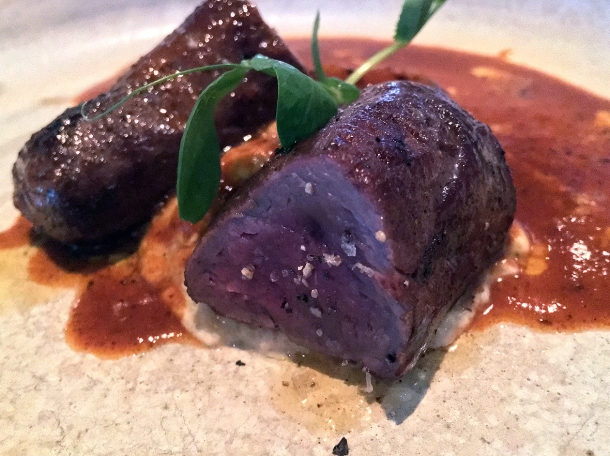 This review isn’t the first word on Kochhar, Kanishka and (without drawing any moral equivalency) the related, far deeper issue of whether it will ever be possible to appreciate the work of someone who has done reprehensible things. It almost certainly won’t be the last. But in rejecting the fawning, blinkered and auteur fetishising approach of so many other reviews, I hope it gives you a fuller picture. There are no easy, simplistic or easily digestible answers here. But a few things certainly are clear. If a restaurant trades on the celebrity of its chef, then it must be prepared for the consequences of that chef’s very public actions. And bigotry, in all its forms, must be stridently rejected.

Total cost for one person including soft drinks and service charge: £85 approx.