Visiting other countries and trying out cuisines in their place of origin is great, but it also presents a problem. It makes you realise just how badly many cuisines are represented here in the UK. Mexican food is one of the most badly affected victims, with Tex-Mex giving the entire genre a bad name. Tex-Mex not only bears little relation to the original, but also tastes dire. Things have been looking up in the capital with the arrival of the sublime Santo Remedio, but elsewhere improvement comes in fits and starts. Casa Morita, nestled away in the Brixton Village covered market, is a case in point.

The bulk of the relatively short menu at Casa Morita consists of tacos, which can be embiggened into burritos, and sandwiches called tortas. The latter are rarely seen over here, but were a common sight on the streets of southern Mexico – during my recent trip there, there were as many torta stands as there were taco stands.

The buns used in all of the tortas I had in Mexico were very flat, neutral-tasting affairs which made it all the easier to appreciate the simple yet flavoursome fillings. Casa Morita’s ‘super’ torta didn’t quite get it right. The bun was far too fluffy, but at least it didn’t obscure the filling. Moist chicken was paired with moderately crisp and crumbly Yucatan-style sausage bits along with nutty beans and a reasonably moreish sauce. There was far too much lettuce and other needless filler though, further detracting from the overall experience. 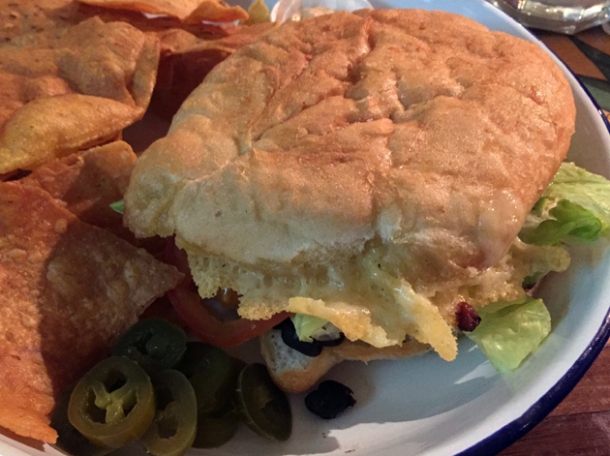 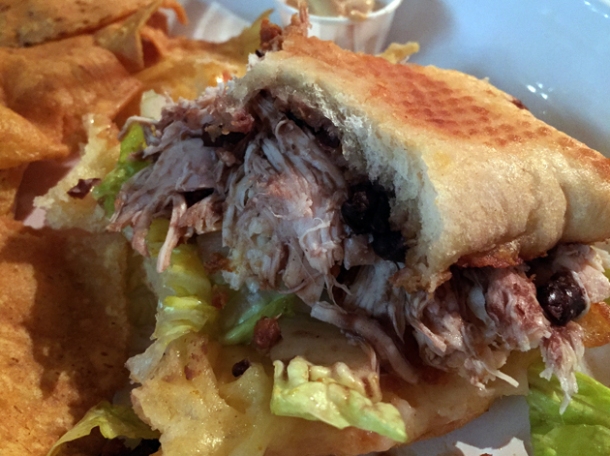 Super Torta. A strange visitor from another, alternate Mexico.

Casa Morita’s tacos were at an immediate disadvantage due to their bland tortillas. They were also a little too stiff, having been left on the warming plate for a bit too long. Moist chicken shreds came in a mole negro sauce that had a reasonable, but not exceptional depth of character – a nutty spice combined with a tangy moreishness. 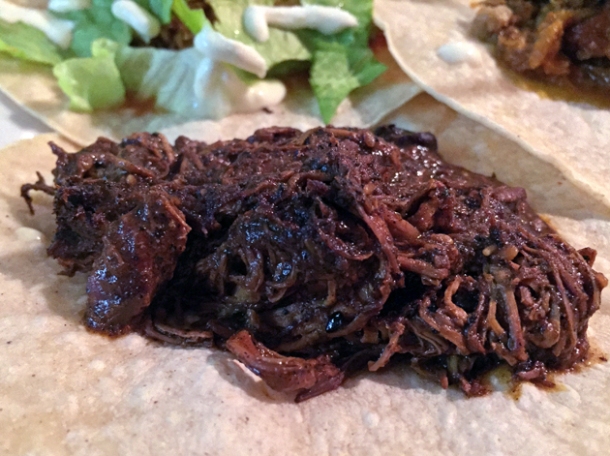 Tacos filled with chipotle chicken only had a modest version of the smoke and spice that the smoked jalapeno is known for. The effect was further lessened by the needless pile of lettuce and sour cream. 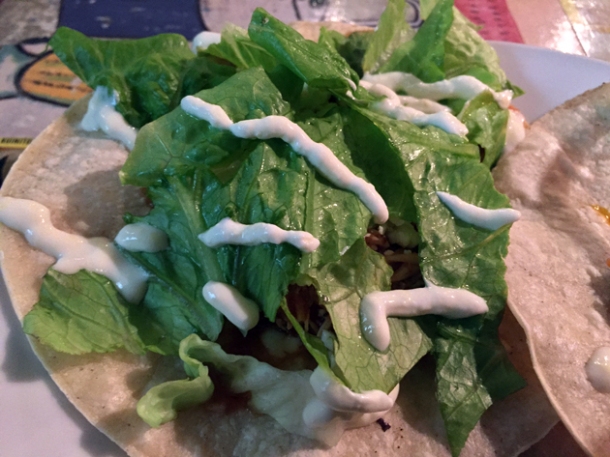 I’ve got a chipotle on my shoulder about needless toppings and accompaniments.

Pork can a gloriously visceral meat in the right hands, but those hands aren’t at Casa Morita. Although the shreds of swine flesh in the cochinita pibil tacos had modest levels of fruitiness and smokey moreishness, they were also far too soft. 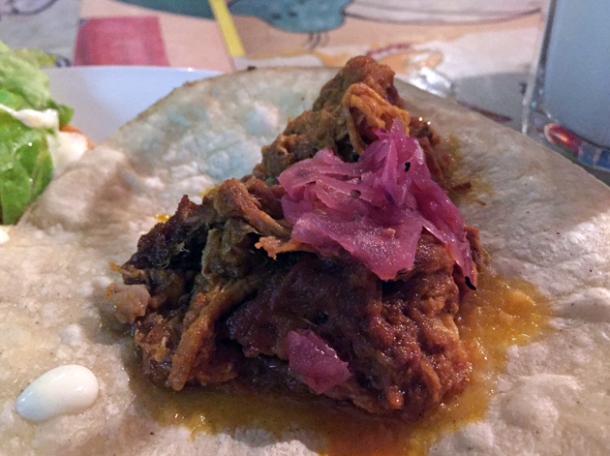 Surprisingly, my dessert turned out to be the star of the evening. The moist and fudgey chocolate cake was steeped in a dark cocoa richness. A hint of crisp spice in the dusty topping was a bit tame, but was still pleasurable and also didn’t prevent the chocolate from shining through. 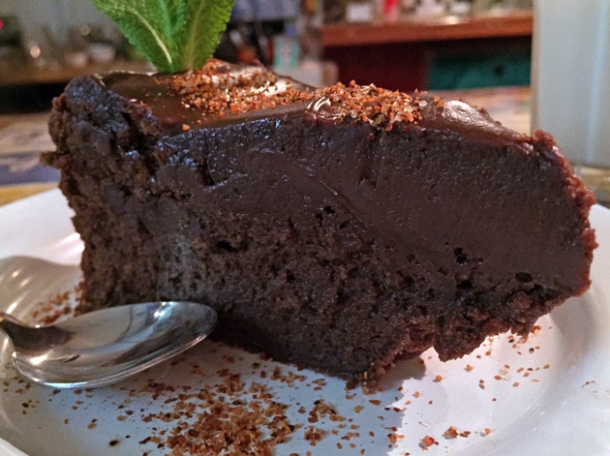 If there’s one overriding theme at this small Mexican restaurant, then it’s one of tameness, resignation and acquiescence. A sense of a cuisine sanitised for those unwilling or unable to demand better. Casa Morita isn’t bad – indeed, you could do far worse. But now that London finally has an insight into the hidden depths and complexities of Mexican food, Casa Morita is decidedly second best – a fallback restaurant when you can’t get in somewhere else better, a spot for a late night feed or for Brixtonites who don’t want to travel further afield.

Average cost for one person including soft drinks: £25-35 approx.