When tasked with formulating a legal standard for the offence of obscenity, American judge Potter Stewart came up with the immortal phrase ‘I know it when I see it’. The phrase came to mind the first time I walked through the door of DF / Mexico. Perhaps it was the crisp in-store graphics and menus, the highly polished decor or the over-excitable mission statement. DF / Mexico feels like the template for a middle-class chain restaurant, the sort you could easily imagine slotting in next to a Leon or a Busaba in a Westfield shopping centre. 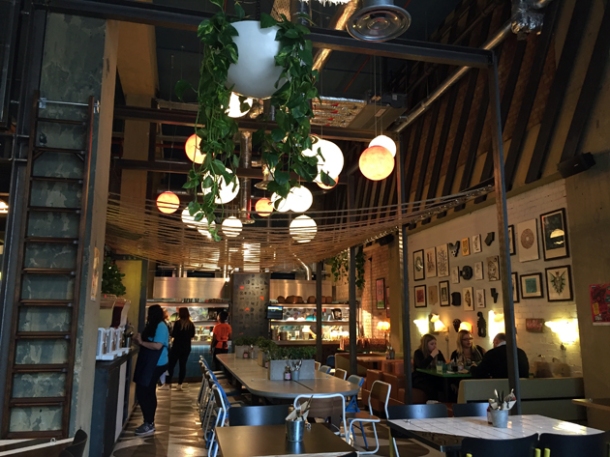 There. Are. Four. Lights!

DF / Mexico, with one branch in the Truman Brewery and the one reviewed here on Tottenham Court Road, is a spin-off of Wahaca but one that feels as if it’s been designed by management consultants with flipcharts, focus groups and a thumping big book of market research and business jargon.

Oddly, a receptionist has to assign you a table before you order and pay at the till. The food is brought to your table in short order. Drinks are bottomless and you help yourself from fast food-style fountain dispensers. Wahaca’s increasingly sprawling menu is pared back to just a few favourites – tacos, burritos, tortas as well as fillings from those dishes slapped onto a sharing board. I guess it’s supposed to feel fun, fast and fresh. Perhaps it does to someone less world-weary and sceptical, but to me it smells of ‘concepts’, targeted demographics and retail consultants. 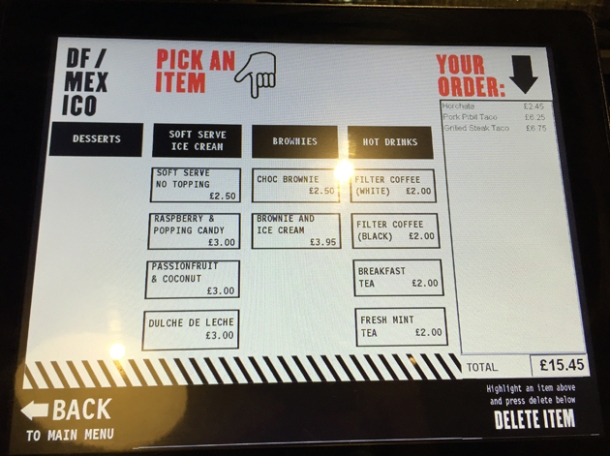 Can’t bear to tear your eyes and hands away from a touchscreen, even when ordering food? Then come here! 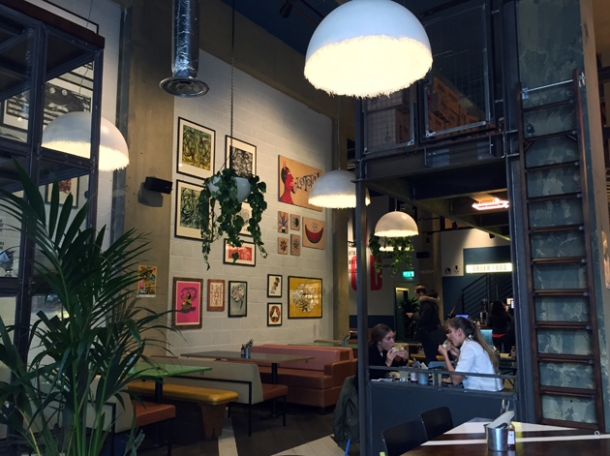 My raised eye-brows were not appeased by the weak and watery horchata. The tortillas used in the pork tacos were even less impressive. Far too big, they were also too thin and thus prone to breakage. The seeping bits of pork were too soft and bland, while a morass of lettuce, duff radishes and tame pickled onions snuffed out whatever life had once resided in the mildly nutty beans. 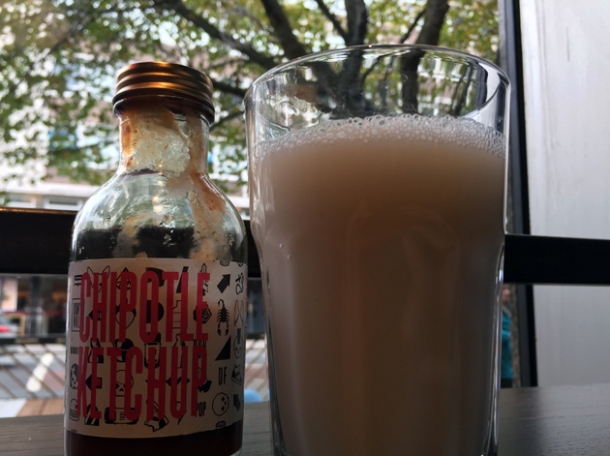 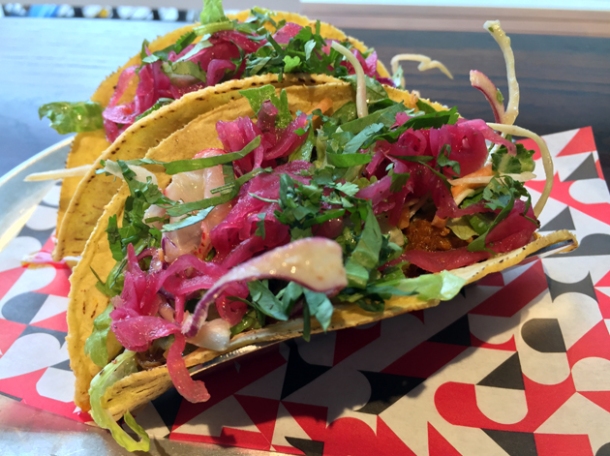 This review’s procrastination was brought to you, in part, by Alaska’s live bearcam. 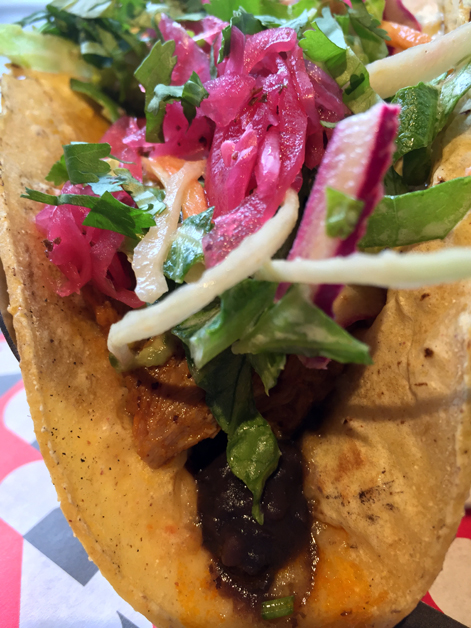 Where are you, little piggy?

The steak tacos were just as misconceived in their messiness, unwieldy size and unnecessary toppings. The steak strips themselves weren’t too bad, if you could discern them amidst everything else – neatly charred, but also a little too chewy. 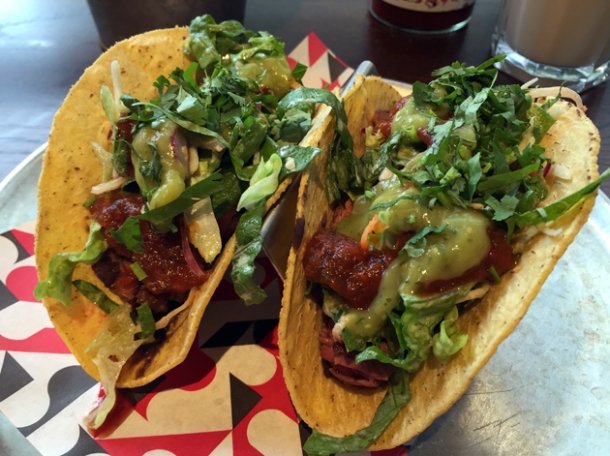 DF / Mexico gets its name from a slang term for Mexico City. 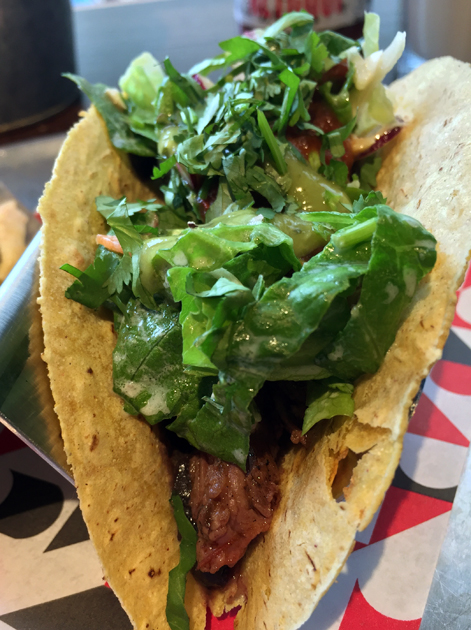 Similarly, Chilango get its name from a slang term of the denizens of Mexico City.

Unpleasantly icy soft serve ice cream only had an intermittent flavour of passion fruit, but that was a reprieve given how sickly sweet it was. The promised caramelised coconut was roasted, far too crunchy hard and did little to rescue this woeful dessert. A 99 Flake would’ve been better. 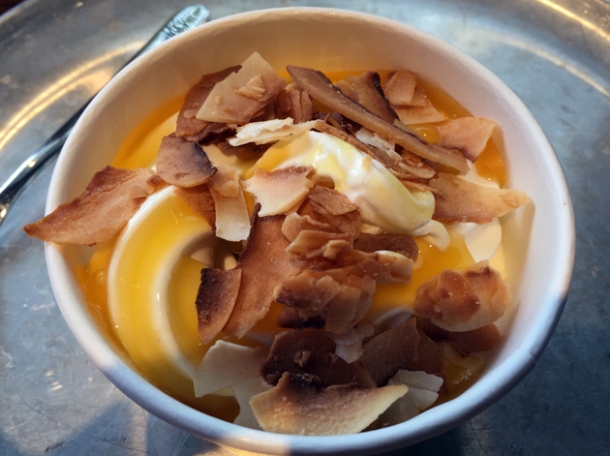 The deep-fried nuggets nestled in the cod tacos were allegedly panko-breaded cod. I say allegedly, as the cod was barely discernible and the stodgy breaded coating had none of the light, crisp airiness of panko. Limp red onions and mayo dribbled everywhere as the poor quality tortillas from my first visit made an unwelcome return. 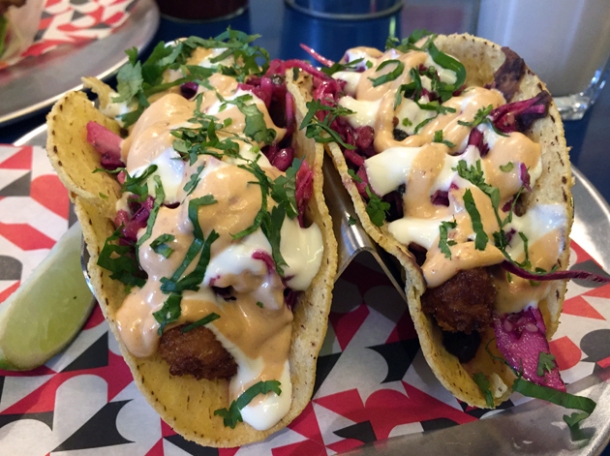 May cod have mercy on your soul.

Normally, I’d be greatly annoyed at encountering a brioche bun as lifeless as the one that enveloped the chicken torta sandwich. Its lack of butteriness was actually welcome here though, given that the overwhelming majority of tortas I tried in Mexico used equally neutral tasting bread to allowing the fillings to take centre stage. I can thus overlook the inconspicuous fluffiness of the bread, but not the dull-tasting, barely seasoned chicken which was at least firm and reasonably moist. 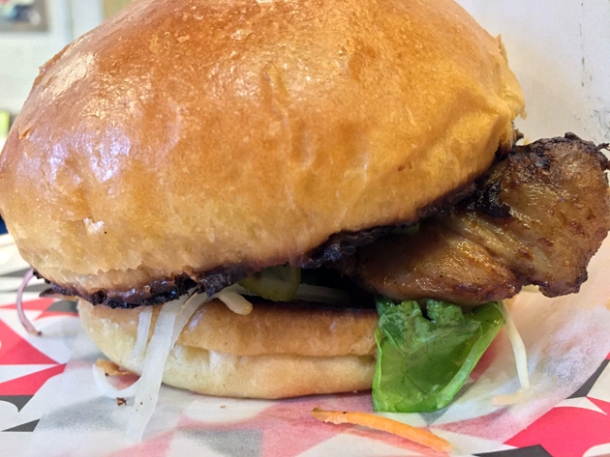 The slightly odd seating and payment arrangements does remind me of Wimpy. Which is probably not when management was aiming for.

Surprisingly, the horchata showed signs of improvement. While still far from good, it wasn’t quite as watery as before and had a touch of sweetness to it too. 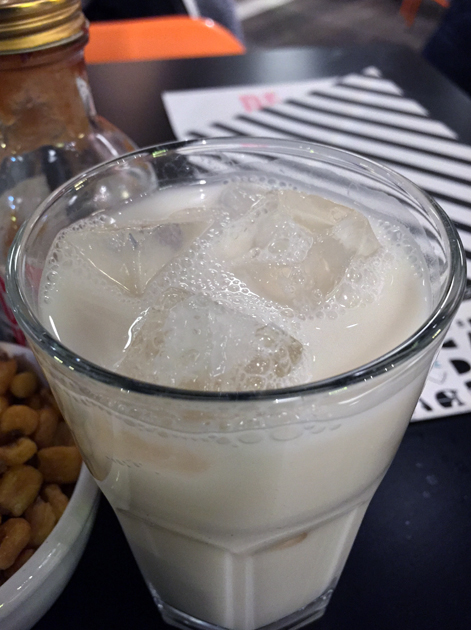 Another surprise was the chicken burrito. Subtly different from the one at sister restaurant Wahaca, the compact yet filling and surprisingly spill-resistant burrito didn’t have an excess amount of rice filler. The same chicken from the torta made a repeat appearance, leaving it to the crisp vegetables and the lightly smoky and meaty beans to alleviate my boredom. 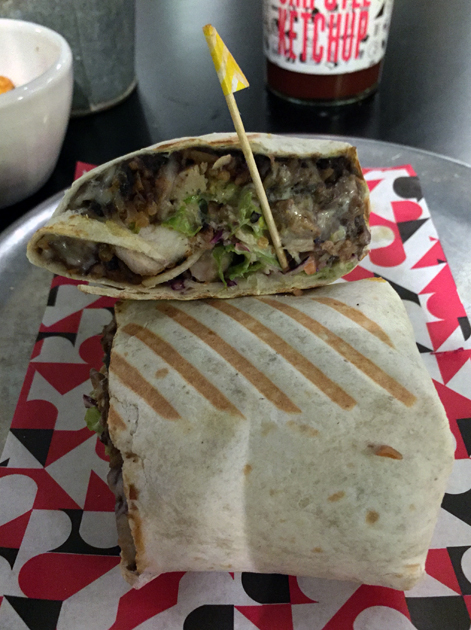 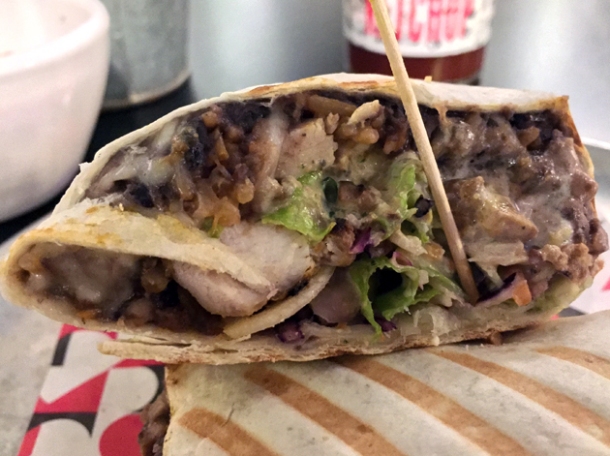 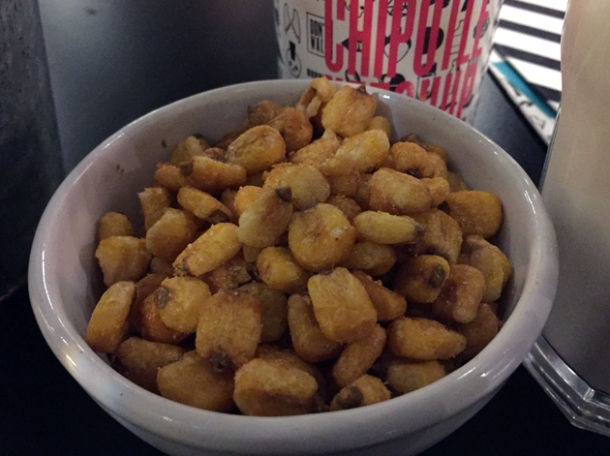 For some reason, I decided to risk another dessert. I was rewarded with a reasonably soft brownie, but it was also bland and a bit too dry. 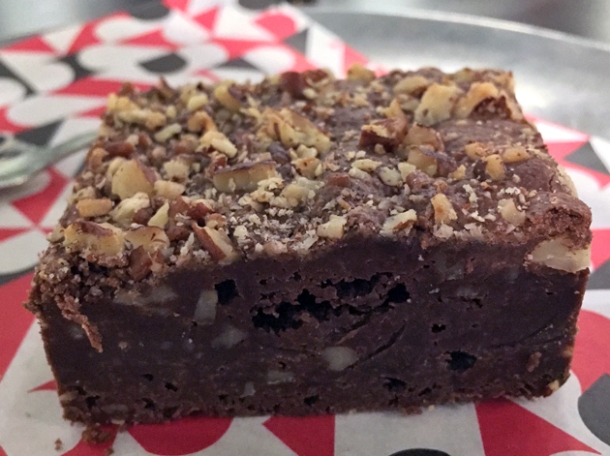 If DF / Mexico is the future face of Mexican food on the British high street, then I fear for the continuing reputation of Mexican cuisine in Britain. There are very modest flickering signs of potential improvement, but when the most laudable things about a restaurant are the glossy decor and the speed in which food arrives at the table then something has gone badly wrong.

What to order: Possibly the chicken burrito

Average cost for one person including soft drinks but excluding tip: £15-25 approx.