A party in my mouth or a damp squib?

I’ve never seen the appeal of Nando’s. As far I’m concerned the seemingly ubiquitous chain serves unremarkable but acceptable chicken. My occasional dining companion Snoop Dogg explained Nando’s to me as ‘comfort food in grown up surroundings with booze’ which I can sort of understand. It’s hard not to think of Nando’s when eating at Galeto, a new restaurant serving Brazilian-style roast chicken on Dean Street in Soho.

Split over two floors, Galeto occupies the premises formerly taken by an old Italian restaurant. It’s a brightly decorated place with some big tables, but the restaurant was almost deserted on my Friday lunchtime visit with Templeton Peck, Resume and Socialist Worker. Not a heartening sign. The service was friendly, helpful and quick. 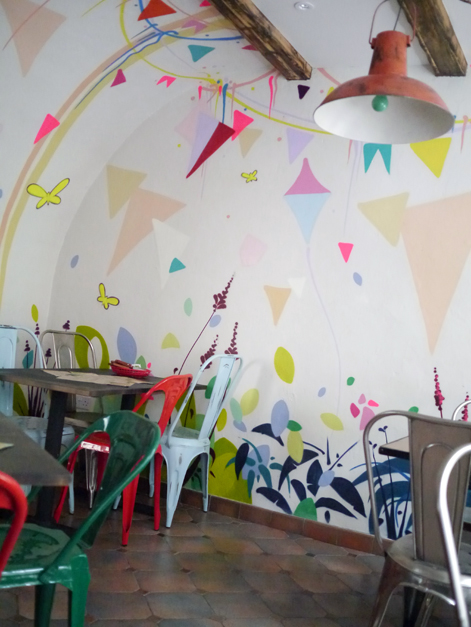 I keep mistyping Galeto as ‘gelato’.

I started off with skewers of chicken hearts coated in farofa. The small, firm little organs had a taste and texture highly reminiscent of pig kidneys with an added garlicky, buttery flavour. Not bad.

I will burn the heart out of you.

Both Templeton Peck and I opted for the eponymous galeto – half of a small roasted chicken served with your choice of sauce and fries. The chicken was deeply unremarkable. It was also a bit greasy, but not unpleasantly so. The supple skin had a very subtle hint of herbs to it, but it’s easily missed. Most of the taste came from the sauces. My coriander sauce actually tasted very strongly of the herb, but Templeton’s tropical fruit barbecue sauce was a forgettable melange of sweetness. The fries were bitty on the inside and floppy on the outside. I’d have preferred proper chips, but I guess that wouldn’t be very Brazilian.

This seems more like a quarter chicken then a half to me.

Socialist Worker went for the burger cooked medium rare which turned out to be surprisingly decent. The smoothly ground patty was moist and lightly seasoned. It was a little chewy, but tender overall with a mild beefy tang to it and the bun held it all together quite well. It’s a pretty good burger, if a touch small, but it can’t compare to the excellent burgers available from the nearby Honest Burgers and Burger and Lobster.

Is this really what burgers are like in Brazil? Really?

Resume decided to be different and chose the seafood special – pan-fried prawns served with a side salad dressed in garlic and olive oil. Resume thought there was far too much oil and the garlicky flavour was a little underwhelming. Although cooked in their shells, she was unimpressed with the slightly squidgy texture and their muted taste. 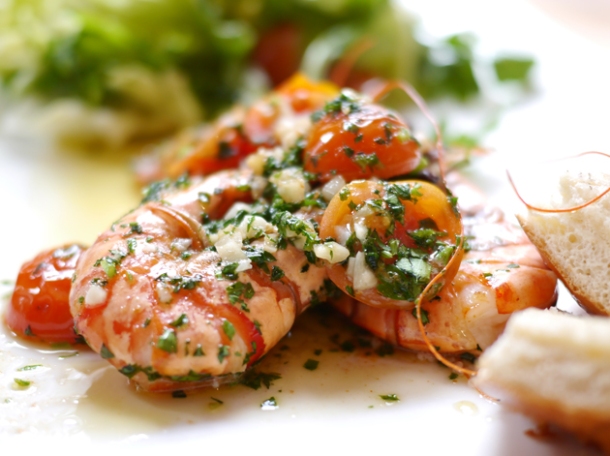 Heroes in a half shell?

I was the only one who went for a dessert and I wish I hadn’t. If the bland, soft mini doughnuts and insipid vanilla ice cream hadn’t been bought from the Tesco up the road, then I’d be very surprised.

Tesco called. They want their crap doughnuts back.

The food at Galeto is a very mixed bag with some decent dishes mixed in very some disappointing ones. The biggest let down is the deeply average flagship roast chicken. When you can rustle up something better at home, then something has gone deeply wrong. Galeto is only really worth visiting if you can’t get a table at somewhere else better or you’re a late eater.