Caesar’s Palace hotel in Las Vegas has several dining options and one of the glossier ones is Beijing Noodle No. 9. This Chinese restaurant is very eye-catching thanks to its fish tanks full of goldfish and oddly snowflake-like decor. It’s easily one of the most aesthetically pleasing restaurant I’ve been to in a while. 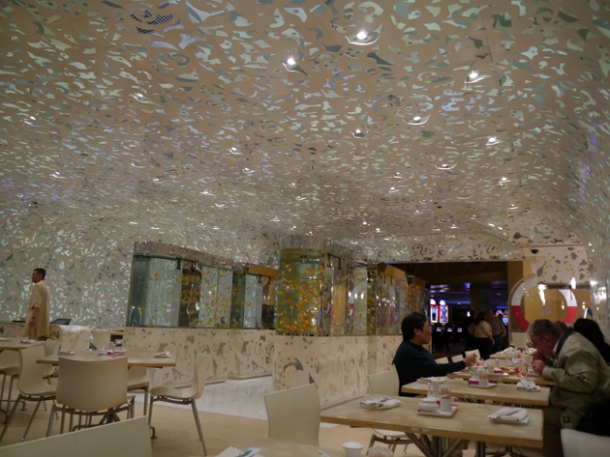 As I’d expect from a Chinese restaurant, the service was efficient but brusque, while the menu was large with seemingly something for everyone. Besides noodle soups, there were also Dim Sum dishes, dumplings as well as many other Cantonese and Sichuanese favourites.

I opted for the Sichuan dan dan noodles. The thick soft noodles were topped with minced pork in a mildly spicy sauce. Sadly, this only had a very modest amount of the numbing, tingly taste of Sichuan pepper that I’d expect in a Sichuanese dish while the scatterings of pork were on small and excessively bitty. Disappointing. 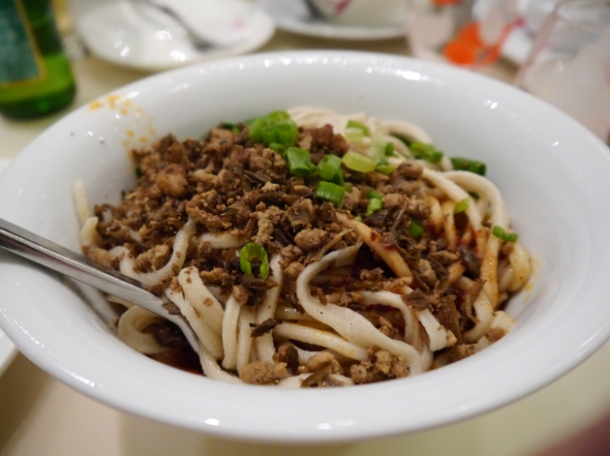 Dan’s noodles were so good, they named them after him twice.

Templeton Peck had better luck with his wonton noodle soup. The thin, supple wonton skins were filled with a meaty chunk of pork, but the small tasteless bits of seaweed and dried shrimp added little. The clear, chicken stock soup was pleasing though, complimenting the won tons well, while the noodles were the same as those used in the Sichuan dan dan noodle dish. However, both our noodle dishes were a touch on the small side, at least by American standards. 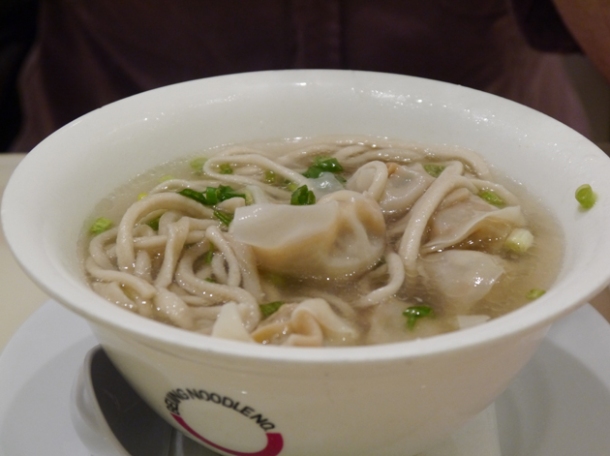 I was looking forward to the xiaolongbao, but these Shanghaiese soup dumplings were disappointing. Oddly, each dumpling was served in a foil cupcake shell which distorted their shape. This wouldn’t have mattered if they tasted good, but the skins were far too soft and thin, while the pork and soup filling was uninspiringly bland. Even the worst xiaolongbao that I’ve had in London are better than this. 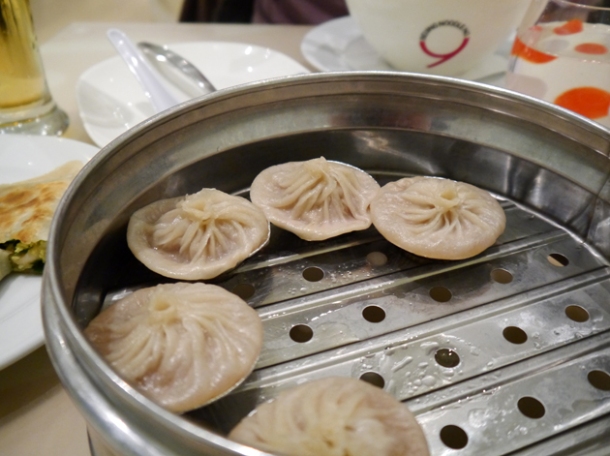 Did Mr Kipling make these?

The pillow of pan-fried shrimp and chives was a mixed bag at best. The thin deep-fried dumpling-like skin was roughly the shape and size of a potato farl and filled with an odd mixture that had plenty of chives, very little actual shrimp and had a texture reminiscent of an omelette. Not what I expected at all. 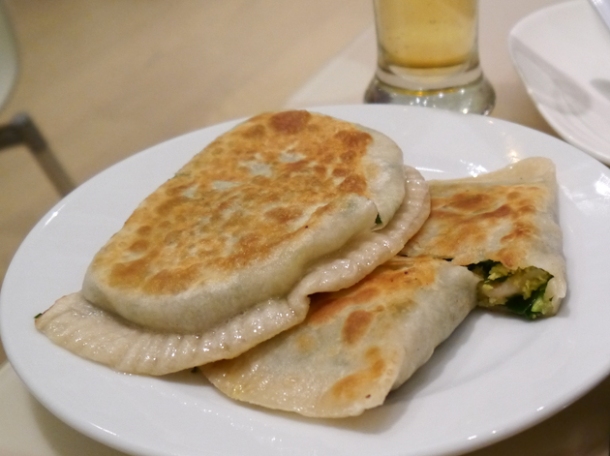 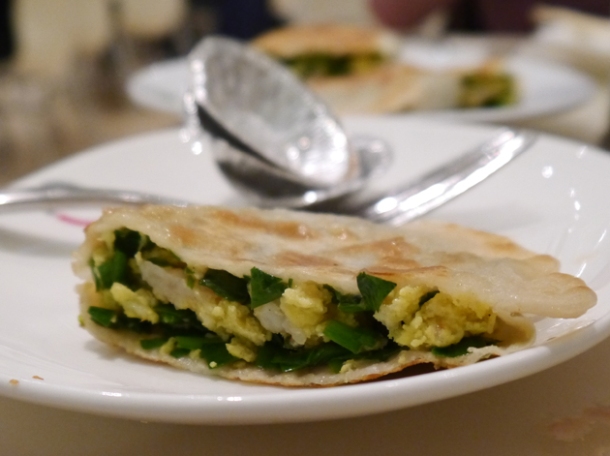 Templeton Peck didn’t have room for dessert, but I opted for the mochi ice cream if only because a Japanese dessert on a Chinese menu seemed very out of place. Sadly, this dessert turned out to be rougher than a badger’s arse. Three separate blobs of ice cream were coated in a mochi skin, but the rice flour coating was far too thick and didn’t have the soft elasticity that’s the mark of a good mochi. Even the ice creams themselves weren’t very good – the green tea, passion fruit and vanilla flavours were spectacularly pedestrian. 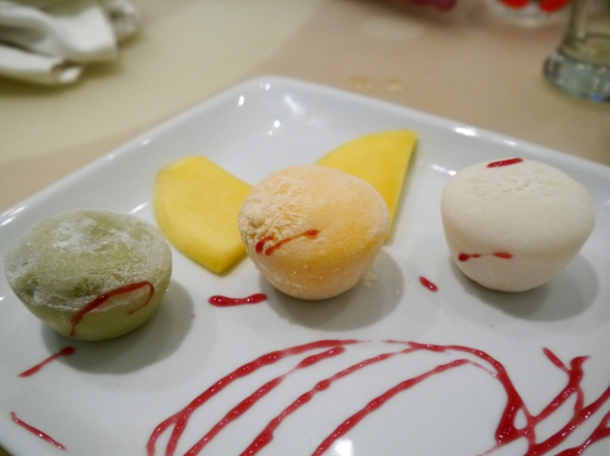 Although there are clearly some decent dishes to be had on the menu at Beijing Noodle No. 9, finding them amongst all the mediocre or just plain bad ones can be a tall order. Adding insult to injury is the high price. At £28 each when shared between two (with Templeton Peck having just one beer and excluding tips), the price is far too high given the lacklustre quality of the food and the large, unfocussed menu. One to avoid unless you’re desperate for food and can’t be arsed to travel any farther.

Web: http://www.totalrewards.com/casinos/caesars-palace/restaurants-dining/beijing-noodle-no-9-detail.html (down at time of writing)

Reservations: yeah if you want

Total cost for one person including drinks when shared between two people: $28 (approx. £19 at time of writing)