Curry by any other name would taste as delicious

Choosing how to describe your restaurant and its style of cooking can be a tricky thing. Masala Wala Cafe is a case in point, describing itself as a Pakistani restaurant on its website. This is notable in of itself when so many South Asian restaurants in the capital still describe themselves as Indian when they’re essentially Pakistani (or Bangladeshi) for many intents and purposes. The short menu, which changes frequently, usually focusses on dishes from the Punjab, but all this geography-based categorisation is largely kept in the background when you step through the door and are seated inside the small, cosy dining room.

Perhaps this gives the kitchen maximum flexibility when choosing which dishes to showcase in any given month. Or perhaps because such geographical nuances are usually lost on ravenous diners who care more about how something tastes than where it comes from.

In the end, Masala Wala Café lets its menu speak for itself and it does not disappoint.

Springy, firm-hulled chickpeas came in a lightly peppery and moreish curry sauce tingling with occasional cardamom and ginger-like hints. It’s refreshing to not only see a chickpea curry where the eponymous legumes haven’t been reduced to a formless mush, but also one where the sauce is brimming with such distinctive character.

Although I would’ve preferred more aubergine and less potato in the eggplant and tuber curry, this was still a pleasing combination. Fleshy, lightly smoky aubergine and tenderised taters alike were bound together by a thin, mild sauce dotted with cardamom.

Tender and succulent chicken-on-the-bone came in an umami sauce that was also lightly sweet and sharp. If you’re trying to wean a stuck-in-their-ways friend or relative off the simplistically creamy joys of chicken tikka masala, then this chook curry is a good place to start.

The savoury star of this first meal had to be the unctuously fatty and meaty keema, with the superlative lamb mince joined by neatly tenderised potatoes. While not served in a pao, it was still easily better than the keema at many of London’s glitzier, more feted South Asian restaurants from Bombay Bustle to Gymkhana and Indian Accent. 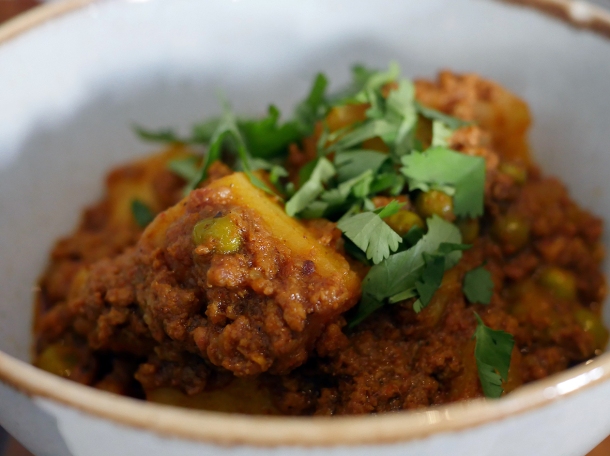 Although none of the savoury dishes really needed any embellishment, the sharp, sweet and lightly piquant carrot pickle is still worth ordering in its own right. While the roti was far from bad, it was a little stiff and not quite as absorbent or as elastic as I would’ve liked.

Dang it, I forgot to take a photo of the carrot pickle.

Mango kulfi was refreshing, dense and smooth, but only mildly evocative of the fruit. The thick yet viscous and elastic texture of the kheer won’t suit everyone, but I enjoyed the mouthfeel of this room-temperature rice pudding. I only wish the dusting of pistachio hadn’t been so meagre.

Is it just me or is the shape reminiscent of a Buddhist stupa?

It’s not going to win any Instagram beauty awards, which suits me just fine.

The chickpea curry was just as good as it was before.

The chole truth and nothing but.

The lamb mince in the keema had traded in its unctuousness for an extra dose of meatiness. While I couldn’t help but pine for the way it was before, it was still a richly satisfying curry.

There was no faulting the roti which had been noticeably improved. It was not only softer and more pliable than before, but dabbed with a slick of ghee for an extra bit of moreishness. 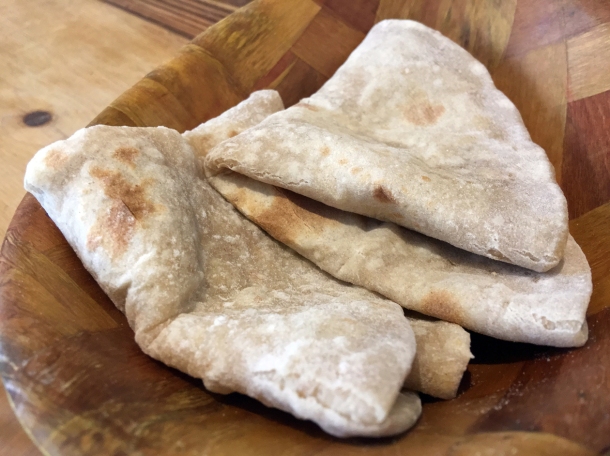 Perhaps the previous less-satisfying roti was a vegan-friendly ghee-less version sent to us by mistake?

From a Western perspective, the tomato and onion chutney was closer to a salad than to the thicker, stickier, heartier sauces most of us associate with the word ‘chutney’. Crisp, juicy and refreshing, it proved to be an apt counterpoint to the richness of the keema and the chickpeas.

The kheer was very similar to the way it was before, but with a somewhat more generous dusting of pistachio and an undertone of cardamom. Its texture, while still gooey, was a bit thinner, less viscous and not as paste-like as it had been. All these small nips and tucks made for a room-temperature rice pudding that was much more pleasing overall.

What is the matter with Mary Jane?

Masala Wala Cafe hit the spot with its unswervingly delicious cooking. The ‘Cafe’ part of this restaurant’s name is unfortunately well-chosen though with the small, low-sitting tables proving to be a tight fit – even for my slight, stumpy frame. The service, while startlingly efficient and friendly to begin with, can become sluggish once the place starts to fill up. Even so, none of this should dissuade anyone south of the river from putting their name down for a table.

Reservations? Highly recommended on and around weekends.

Average cost for one person including soft drinks when split between two people: £30-35 approx. (expect to pay around £10 less if you’re not as ravenous as we were)