No, I’ve never been to Azerbaijan either

I’ve never been to Azerbaijan and it’s a safe bet that you haven’t either, unless you were especially adventurous during your gap year travels. If the menu of the imaginatively-named Azerbaijan restaurant in north Finchley is any indication however, Azerbaijani food isn’t that different from Turkish and Persian cuisine. This isn’t surprising given the close geographic proximity of the two countries, but it’s a little disappointing if you’re hoping for a culinary adventure.

The menu is dizzyingly confusing until you suss out that almost everything is either a variation on a kebab or a stew. Most of the Extras, for example, are merely additional helpings of meat. The one part of the menu, other than the desserts, that isn’t dominated by kebabs and stews is the starters. The paneer salad was really just a few chunks of feta alongside a large heap of unmixed but very fresh tarragon, mint and whole radishes as well as some soft walnuts. Refreshing.

Stuff on a plate.

The Azerbaijan Special starter consists of grilled aubergine topped with minced lamb, tomato and cheese. The effect is somewhat similar to that of a pizza and pleasing enough. 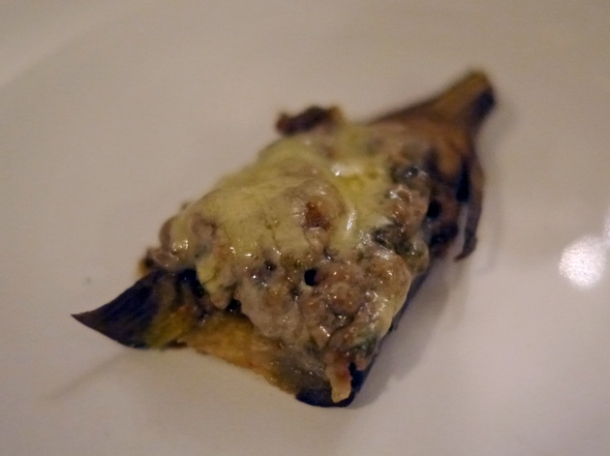 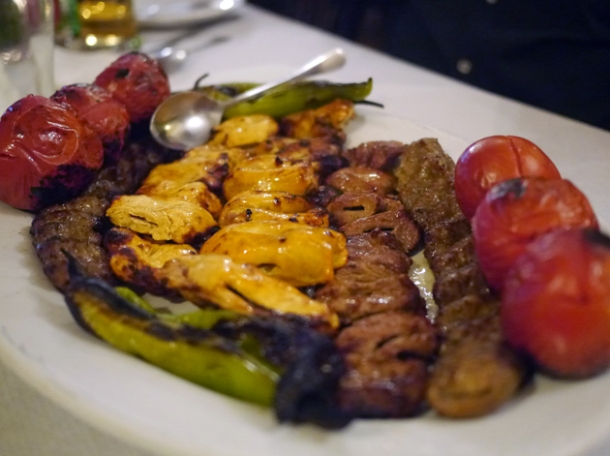 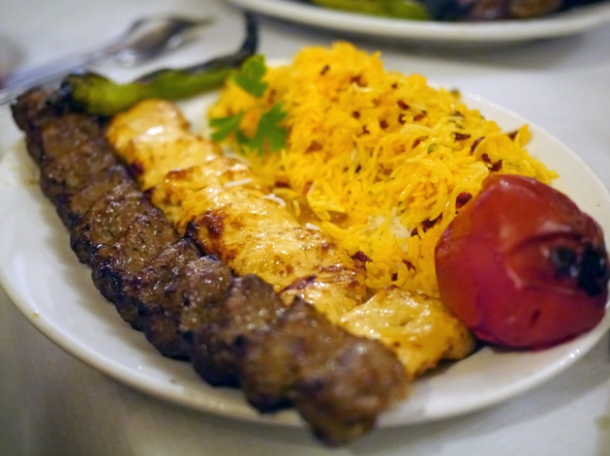 Your momtaz is well fit. 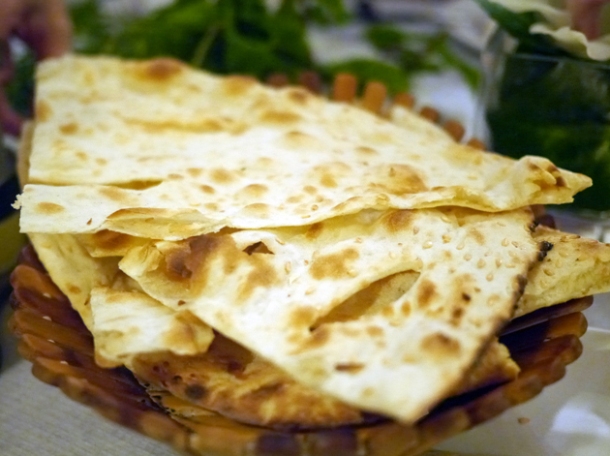 My khoresht gheymeh bademjan stew consisted of a mass of soft split peas dotted with a few chunks of tender lamb striped with connective tissue. Place on top was a slice of aubergine that did little to liven up what was an inoffensively stodgy stew. Although large, I somehow found room for an additional skewer of lamb kofte from the Extras section of the menu – indeed almost all the Extras are merely extra portions of kebabs. 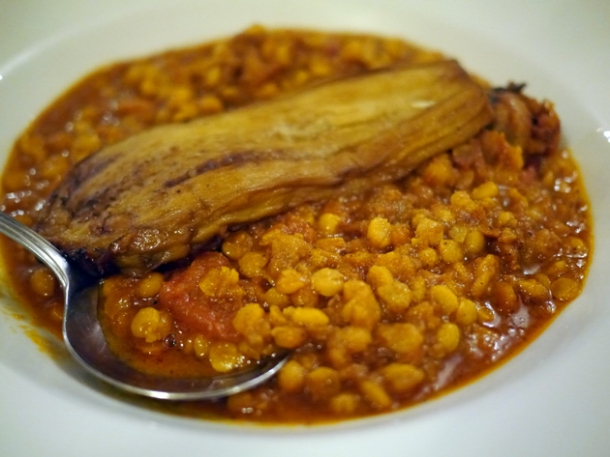 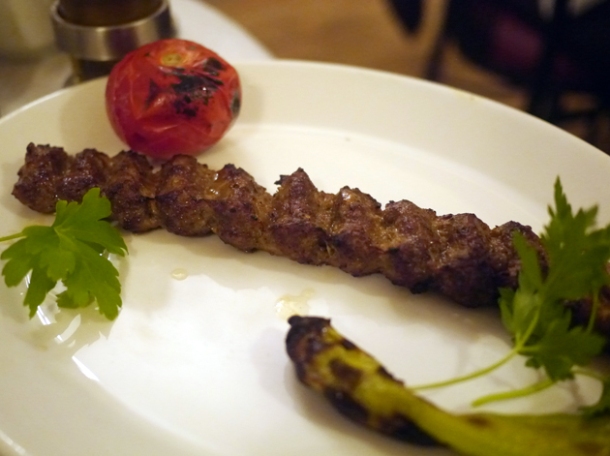 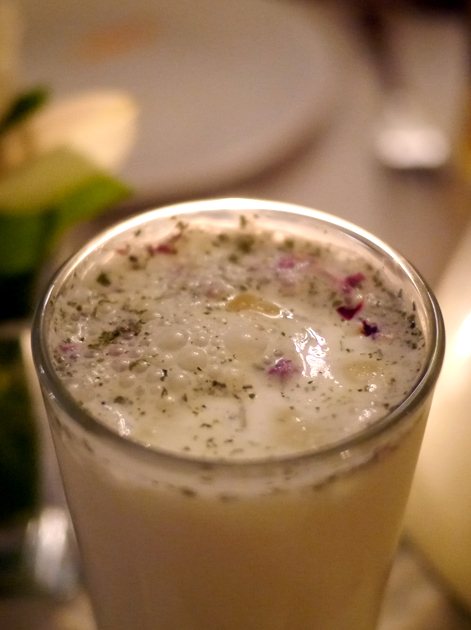 By the glass or by the jug.

Oddly, Templeton Peck’s baklava was sliced into relatively thin strips. It was plain and a touch too firm, lacking the sweet delicate nutty flakiness that I prefer but it was palatable enough.

Do you want a Flake in that luv?

Although not as bad as the zulbia bamieh, my own dessert of faloudeh wasn’t far behind. The extremely icy clump of rice noodles had an overbearing taste of rose water. If it wasn’t for the muggy weather outside, I doubt I could’ve finished it.

Azerbaijan’s kebabs are pleasant enough, but they’re hardly exceptional leaving little reason to visit this restaurant unless you’re a local that can’t be bothered to make the reasonably short trip to Green Lanes. Even then you’d have to put up with the tediously confusing menu, disastrous desserts and somewhat iffy drinks. I really wouldn’t bother.

What to order: The kebabs.

What to skip: The desserts.

Web: none (although oddly there is a website for Hammersmith’s Azerbaijan Restaurant which has an identical logo, mascot and menu at http://www.azerbaijanrestaurant.com)

Average cost for one person including drinks when shared between four: £25-30 approx.