The Curse of St. Anne’s Court

There’s no shortage of pizza restaurants in Soho and Piccolo Forno is the latest. The small diner has decided to set up shop at 9-12 St Anne’s Court, but this small Soho alley location has been a cursed address for past eateries. Previous occupants such as a ‘permanent’ version of the Pit Stop Café and a lamachun takeaway have all been very short lived.

Although Piccolo Forno only has room for around a dozen covers or so, it’s an attractively minimalist place with whitewashed walls, bare wooden floors and shiny metal light fixtures. Takeaways as well as table service is available and at lunchtimes a pizza and a soft drink can be had for just £6. 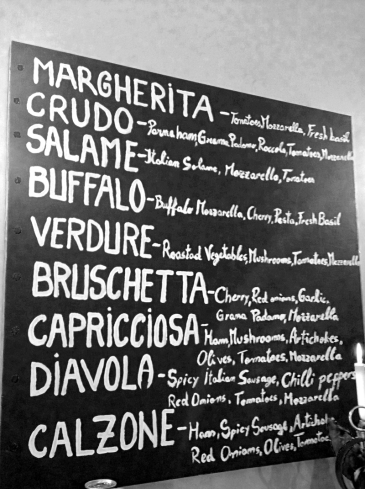 Piccolo Forno started out on wobbly footing when I tried the diavolo pizza only a few days after it had opened. The toppings weren’t too bad with reasonably gooey and creamy mozzarella and sharp onions. The big slices of spicy sausage weren’t spicy at all, but were instead very salty and fatty. The base was not only stodgy and bland but unevenly cooked too, so it was doughy and chewy in some places but hard and crusty in others. Very disappointing. 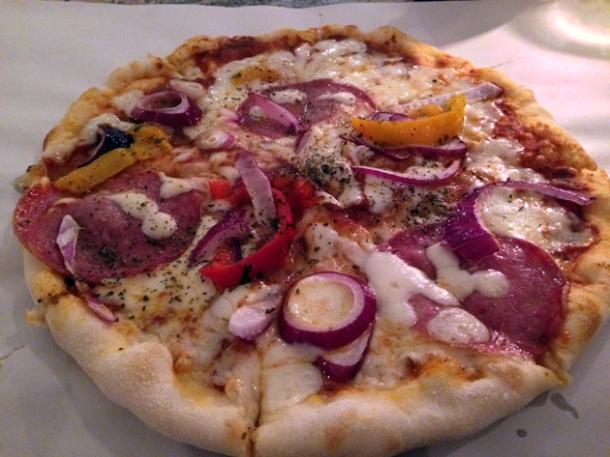 Thankfully the small kitchen had sorted out the problems with its dough when I returned to try out the capriciosa. The evenly cooked base here was soft and fluffy with a crisp crust although it still didn’t have the same depth of character as pizza bases elsewhere. The thick, meaty, salty slices of ham were complimented well by juicy hunks of artichokes, although slightly smaller, more evenly distributed pieces would’ve been better. Whole, sweet olives were scattered about too, but they had a tendency to roll off when you least expected it.

I can never spell ‘capriciosa’ right the first time.

The tomato sauce used in previous pizzas had been unremarkable, but the one used in the crudo pizza was noticeably sweeter than before. It complimented the thin, light and slightly sweet base well, but the base was also too chewy this time around. The toppings were good with unexpectedly thick slices of woody, slightly smoky parma ham and earthy, musky flakes of Grana Padano cheese. It was hard to appreciate these toppings when chewing my way through the base though. I could also have done without the flavourless rocket too.

On a sunny day, take your pizza to the nearby Soho Square. Just watch out for litter and drunken hobo yobs having a fight.

The base changed yet again when I sampled the vegetarian verdure option, swinging back to a style closer to the one used in the capriciosa. The sweet, juicy peppers drowned out the already muted mozzarella and the mushrooms added little. The artichokes were tender and moist, but there wasn’t enough of them. Compared to the meat pizzas that I’d tried, the verdure felt like a vegetarian poor relation. 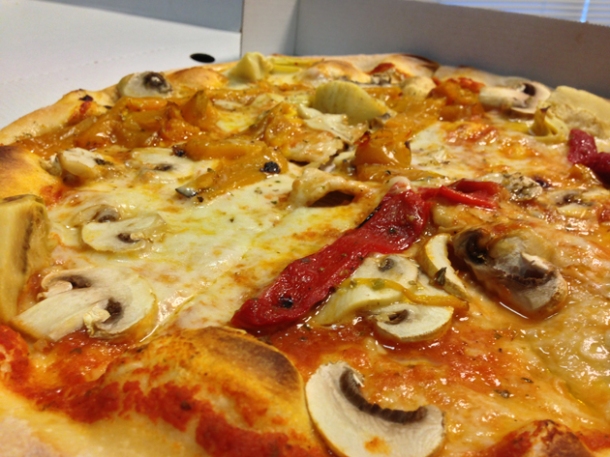 The pizzas at Piccolo Forno are cheap and they’re better than the similarly priced pies at the nearby Soho Joe. The even quality of the base and toppings leaves a lot to be desired though and while the low prices make it easy to overlook some of these flaws, Piccolo Forno will have a hard time competing against Pizza Pilgrims when it opens its permanent restaurant a short walk away on Dean Street later this year. Until that happens, I’d rather walk a little further and have a pizza at Rosso Pomodoro instead.

Average cost for one person including service and soft drinks: £8-10