I’m willing to travel far and wide in search of a good meal, but going south of the river can be a stretch even for me. This can be the only reason why I haven’t tried the burgers from Mother Flipper before now. This stand serves up some highly regarded burgers at Brockley Market on Saturday afternoons, but until the end of November they also have a small pop-up diner inside The Black Heart pub in Camden. Mother Flipper doesn’t accept cards, but the friendly folk behind the bar will happily give you cashback when you buy a drink.

On my first visit to Mother Flipper, I tried out the intriguingly named Double Candy Bacon Flipper – otherwise known as a double bacon cheeseburger. This two patty burger has the addition of bacon that’s apparently been caramelised, where presumably the bacon has been coated in sugar and then cooked at high temperature so that the sugar melts and breaks down, covering the meat in a layer of burnt sweetness. This sweetness shouldn’t be overpowering, but the sweetness of the meaty rashers here wasn’t as strong as I was expecting and was too subtle for its own good.

The patties themselves were not bad, but a tad underwhelming. Cooked medium, the thin, moderately coarse patties were moist but lacking in both flavour and texture. The brioche buns did a surprisingly good job of holding everything together with only a minimal amount of pickles spilling out. 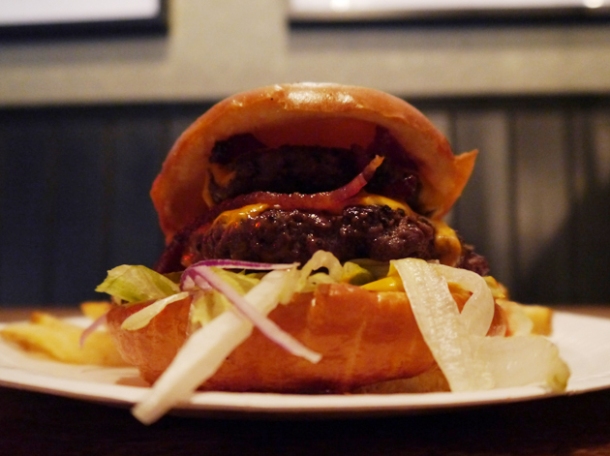 Note to the noisy sods at the neighbouring table: please sod off.

The fries were solid chunks of thinly cut potato and were soft both on the inside and the outside. A touch salty, some still had skin attached giving a slight leathery quality. Not bad, but ultimately forgettable. 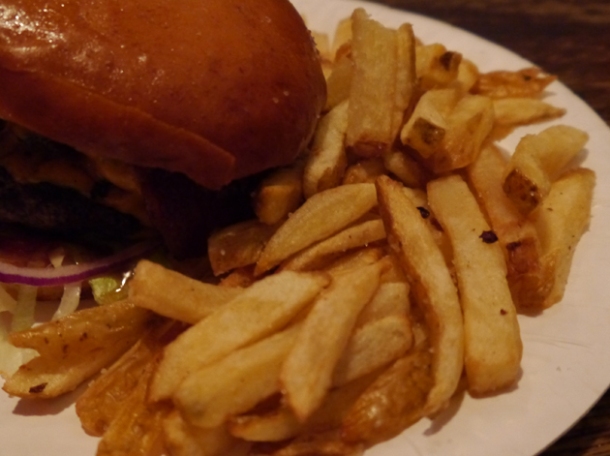 -What are you?
-I’m McDonald’s reckoning…

If I hadn’t gone back to the Mother Flipper pop up a second time then I would have concluded that its reputation was undeserved. Thankfully the burgers were a lot better the second time around.

The plain cheese burger had a much thicker patty that was smoothly ground but had a pleasingly chewy edge to it. This is apparently due to the kitchen grinding the meat twice (apparently only half of the beef is ground the second time around in an attempt to maintain a consistent texture).

The meat was cooked medium rare and it’s certainly juicy with a quivering pink core and is lightly seasoned. It’s complimented nicely by the crisp vegetables, the creamy American cheese and the sweet ketchup. However, the bottom half of the brioche bun, which was noticeably more buttery this time around, was too thin and quickly became soggy from all the meat juices. 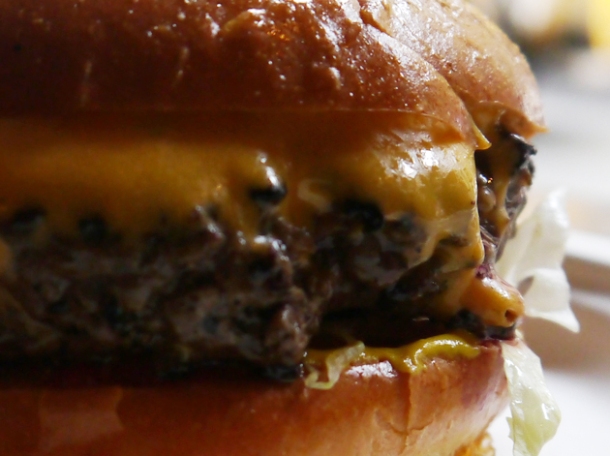 The Chilli Flipper is essentially identical to the cheese burger with the addition of jalapeños which are more tart and acidic than spicy. According to the chef, the Chilli Flipper was originally a lot spicier until customer demand for a tamer ‘chilli’ burger gave birth to the current version. 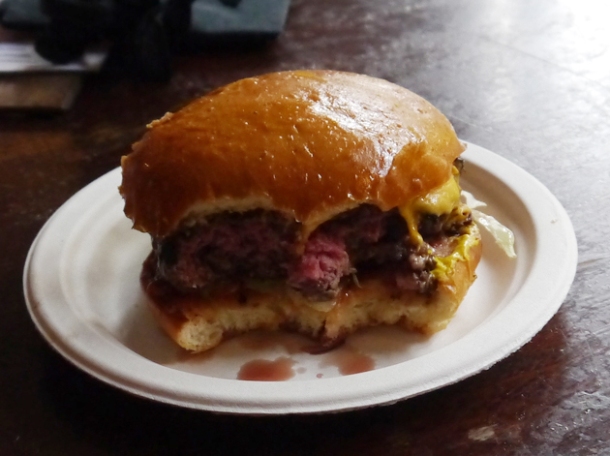 In other words, this is all your fault.

I like Mother Flipper in spite of myself. I’m concerned about the consistency of the cooking, from the patties to the buns, and neutering the chilli burger to suit the lily-livered proletariat doesn’t still well with me. However, when they are at their best the burgers are something to behold. If they can maintain this level of quality then I may find myself in Brockley more often than is good for me. A cautious four stars.

and until the end of November The Black Heart, 2-3 Greenland Place, London NW1 0AP

Total cost for one person: Approx. £6 per burger.