Arriving in Taipei late at night when you’re in need of a hearty feed is far from ideal. Many restaurants in the capital seem to close by 22.30 or even as early as 21.30. This left myself, Templeton Peck, Chip Butty and Kitchener with ravenous appetites and few options. The rainy weather dissuaded us from visiting one of Taipei’s night markets, so we found ourselves at Citystar, a Dim Sum restaurant that’s conveniently open 24 hours a day.

Somewhat suitably for a 24 hour restaurant Citystar’s large dining room is brightly lit with little in the way of decorative flourishes. If you grab a window table as we did, then you can admire the hustle and bustle of Taipei’s Zhongxiao East Road. None of the staff spoke that much English, but that’s not too much of a problem. The menu has photos and a few English descriptions so if you’re familiar with all the usual Dim Sum staples then you can simply point at what you want.

By and large Citystar’s standard of Dim Sum is largely similar to the kind you’ll find in most London restaurants – acceptable but unremarkable classic Dim Sum with little in the way of inventive new dishes. The prawn and chive  dumplings and the dumplings filled with chopped vegetables, peanuts, mushrooms and ground pork are essentially identical to the versions you’d find back in London. 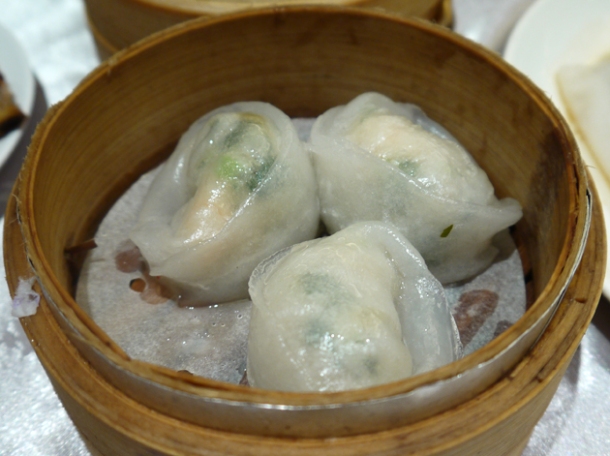 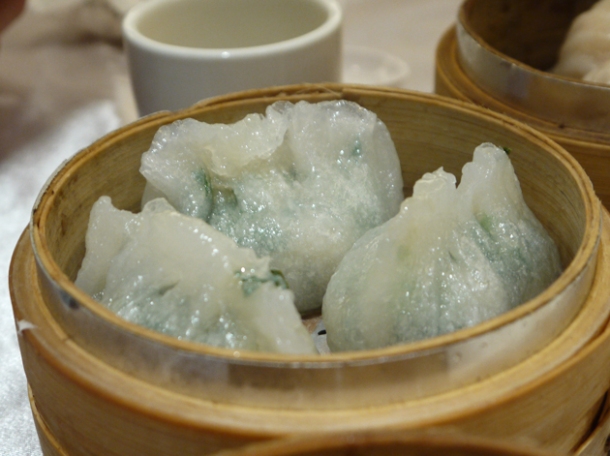 The prawn har gau dumplings and the pork and prawn shumai dumplings are also very similar to the versions you’d find back home, but the fillings here aren’t as bitty and have proper, solid chunks of prawn and prawn and pork respectively. The rice flour skins on most of the dumplings have just the right of thickness and give and don’t stick too much to the steamer baskets in which they are served. 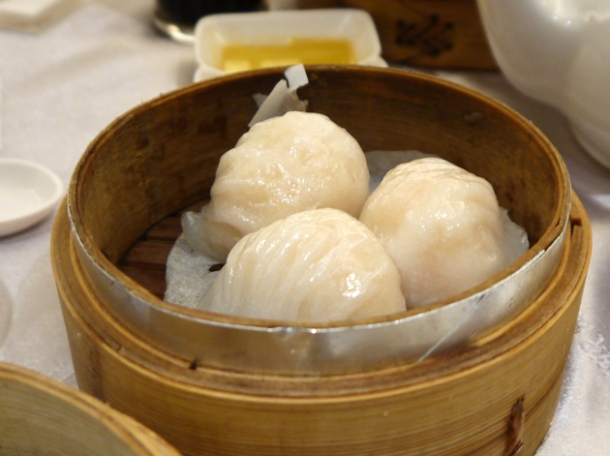 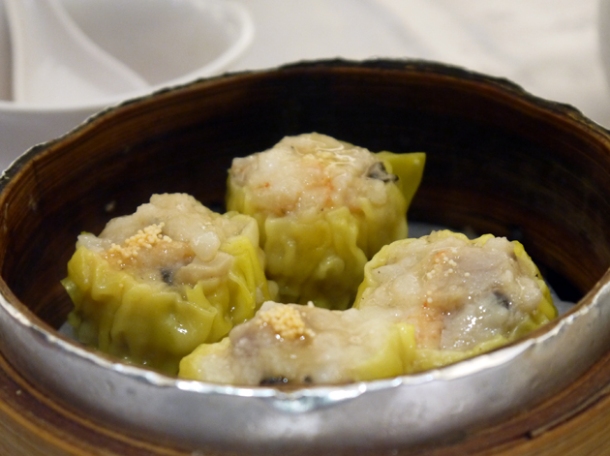 The taro cake and the prawn-filled deep fried tofu were a little less greasy than the typical London examples of these dishes. Templeton Peck amusingly pointed out the rough similarities in taste between the taro cake and creamed cheesy cabbage, but he enjoyed it nonetheless. The crisp layers of tofu filled with lightly salted prawns were my favourite dish of the evening. 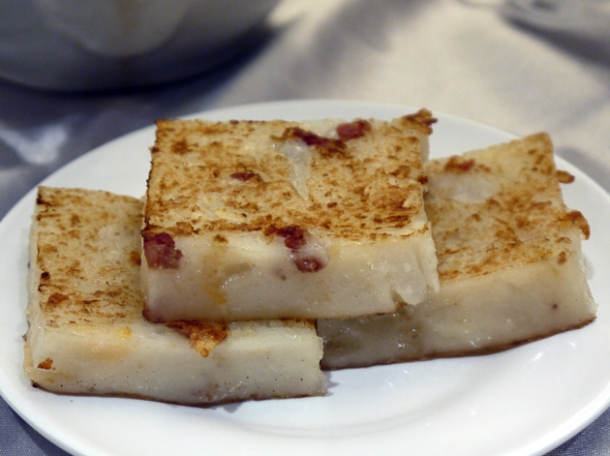 Fried food is so wrong, yet so right. 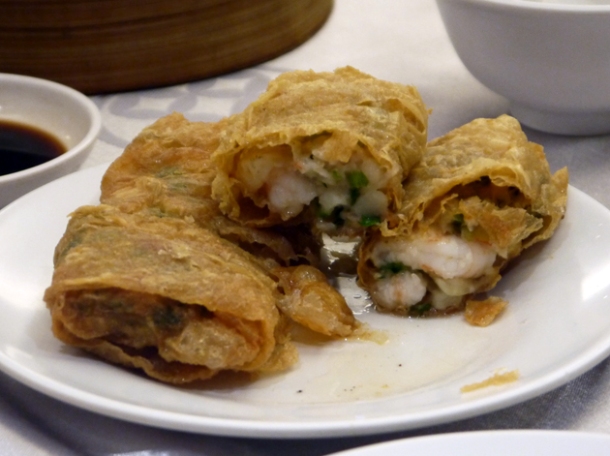 See what I mean?

Things started to come unstuck on dishes that I thought Citystar wouldn’t have any trouble with at all. The steamed bao filled with barbecued pork was unimpressive due to the bitty, meagre filling. Although the fillings of the steamed scallop and white fish cheung fun rolls were fine, the rice flour rolls themselves were a little hard as if they needed a little more time in the steamer or had gone a bit past their use by date. 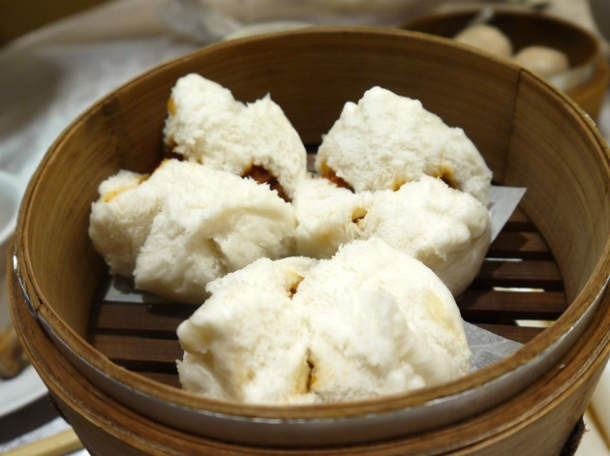 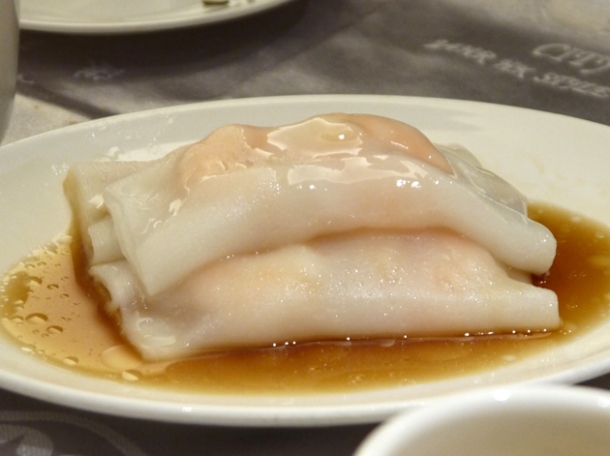 All fun and no work… 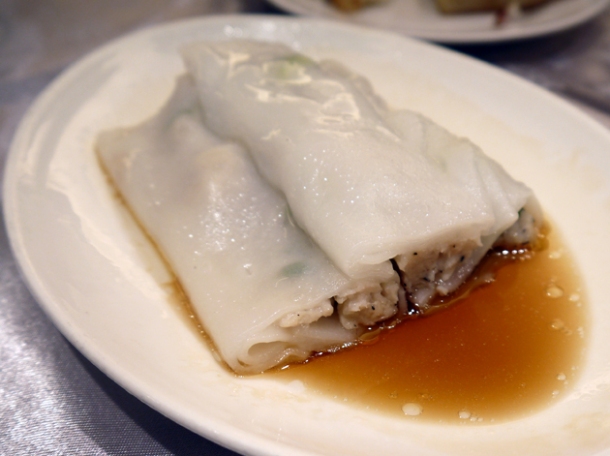 …makes me a hyperactive blogger/reviewer.

Although Templeton Peck has only had Dim Sum on a handful of previous occasions he was more than willing to try all of the above dishes and even seemed to enjoy the steamed chicken feet with black bean sauce. I’m a big fan of the dish and enjoy the soft, wrinkled texture of the feet’s skin. 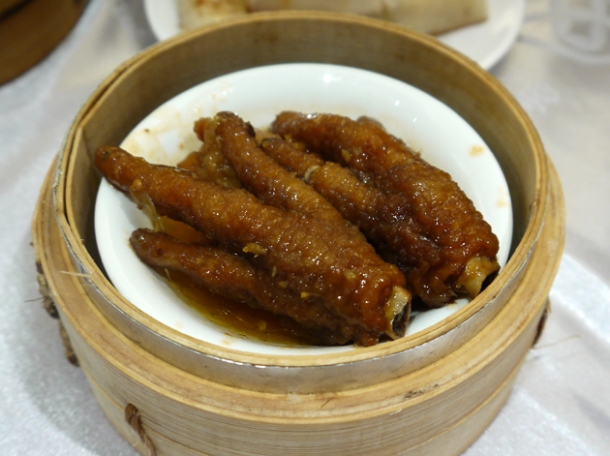 Chip Butty and Kitchener, on the other hand, were exceedingly timid and unadventurous and didn’t taste any of the Dim Sum. Chip Butty even somehow managed to persuade the kitchen to supply her with some sweet and sour pork which made me cry into my limp, watery tea in despair.

Kitchener, who didn’t seem to get the communal sharing of dishes inherent to Dim Sum, did to his credit order some beef and lotus root stir fried with Sichuan pepper sauce. It’s therefore even more of a shame that the dish turned out to be a disappointment with soft, limp lotus root slices and a complete lack of spiciness, or indeed any flavour at all, which is unforgivable in a dish that allegedly uses Sichuan pepper. 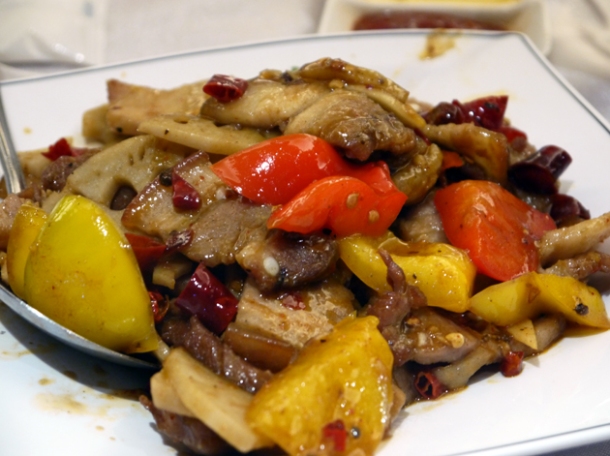 Someone chickened out and ordered the beef.

Citystar’s Dim Sum is cheap by London standards, but the food is nothing special. The real draw is that it’s open around the clock and if you need a hefty feed in the wee hours then this outweighs almost any considerations about the quality of the food.

Total cost for one person including soft drinks when shared between four people: NT$439 (approx. £10 at time of writing)