Disclosure: This cake was given free of charge. This offer was unsolicited and Cakes by Robin had no input into, or control over, the contents of this article. Delivery was arranged via a proxy to preserve my anonymity.

I love baking. It’s a magical act where eggs, flour, butter and other ingredients are transmogrified into cakes, pies and more. It’s an incredibly satisfying process and I love whipping up new cakes and pies to force feed to my increasingly sugar-weary work chums, dining companions and friends in general. I don’t have any delusions of Great British Bake Off-style grandeur though and I could never do what Cakes by Robin do everyday. 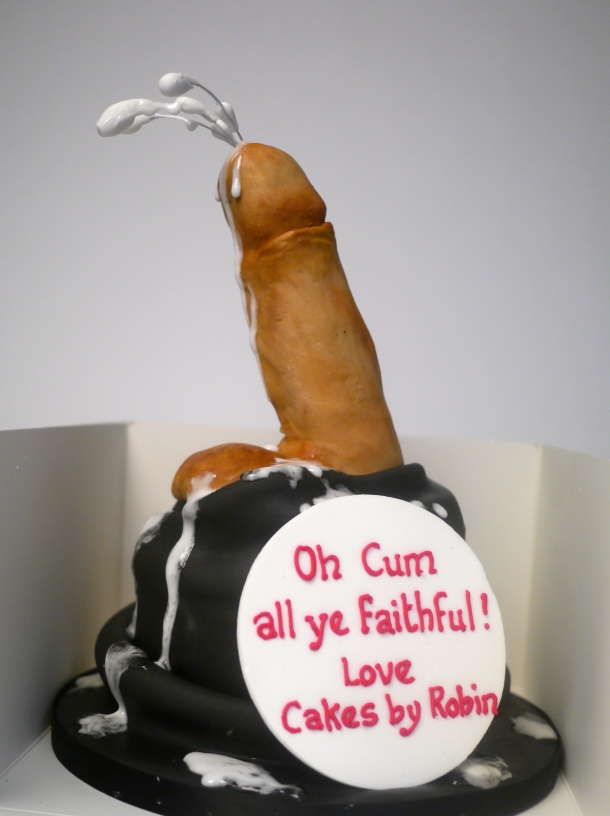 My mouth is full right now.

Cakes by Robin is a Wimbledon-based company that create custom cakes to order. Whether you have a specific request, only have a vague idea about a theme or character and need some help or only have a tight budget, then the friendly people at Cakes by Robin will create a decorated cake to match. All of the decorative elements are created from icing, while the selection of cake flavours and fillings is relatively broad and covers most of the classics. You’ll need to place your order at least two weeks in advance with delivery costing extra. If you want to sample some cakes before ordering, Cakes by Robin has a small shop and cafe in Wimbledon and also runs Selfridges bespoke cake service on contract.

No sniggering in the back.

Which brings us to the meaty novelty cake pictured here. The seasonal wordplay is almost as delightful as the intricate attention to detail from the spurting semen made from globs of icing sugar mounted on wires to the penis itself. Hard yet intricately decorated with skin folds, veins, a fullsome ball sack and a delicately crafted uncircumcised bulbous bellend, it really is a thing of testosteroney beauty. The only thing missing is some pubic hair and torn underwear.

What am I putting in my mouth?

Sadly, the chocolate fudge cake underneath all that icing was a disappointment. Although moist, it was very bland with none of the rich dark chocolate taste I was expecting while the ‘fudge’ tasted of little more than a mildly sweetened cream. In the (bell)end, you’re paying £100 for the shock and awe value of a penile confection for a stag or hen do (or a particularly raunchy wedding or bar mitzvah) rather than a sensual taste and mouthfeel sensation. If that’s your (ball)bag, then Cakes by Robin fits the bill nicely. 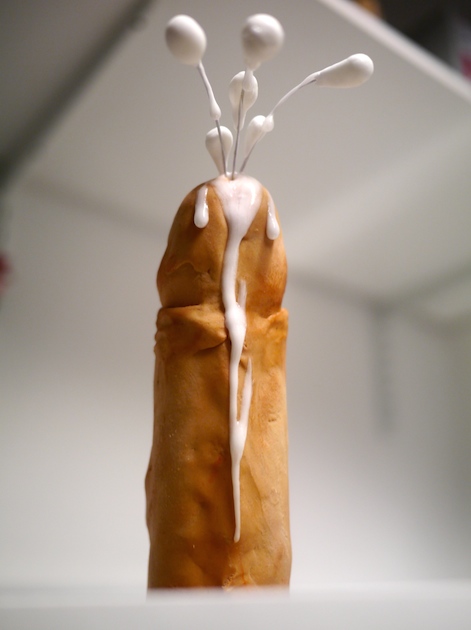